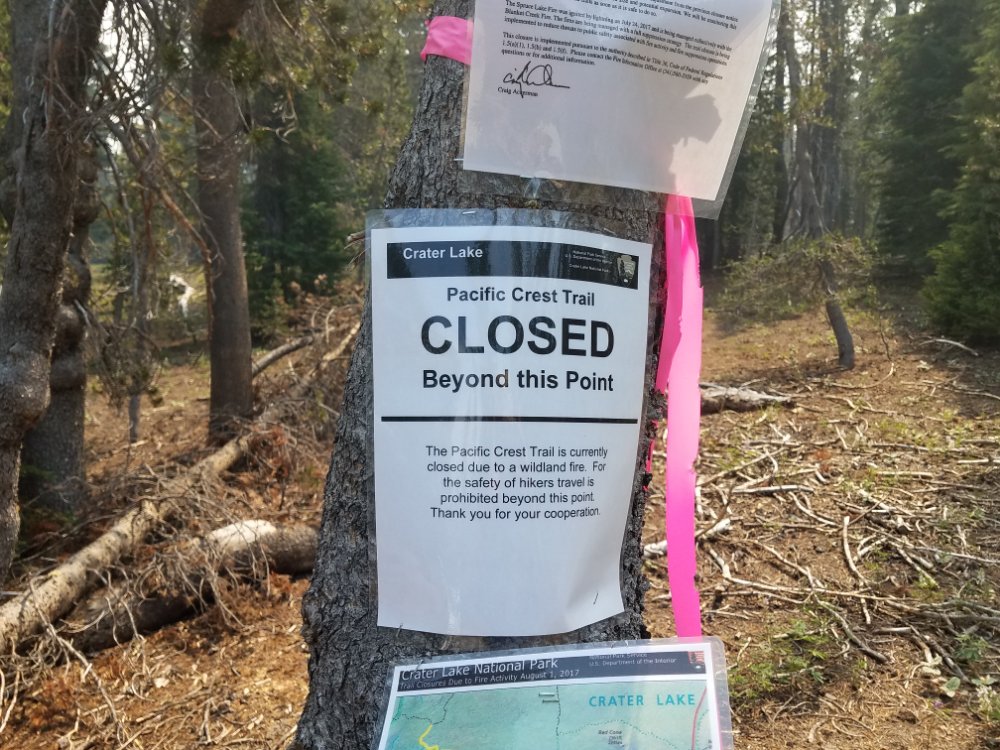 To recap from yesterday, the PCT going north from here is closed for the next 17 miles or so because of fire.  The west rim trail which could be an alternative is also closed.  The road around the west side is closed.

Going around the crater to the east is a 35 mile trip.  The park police have asked hikers not to walk that road because it is loaded with tourists and has no berm.

Yesterday my hiking companions and I arranged for Brenna, a young woman who is helping hikers, to drive us on the east road to where the trail crosses it at the northern end of the park for $30.   When we talked to her it was clear to me that she is not a scheduled type of person but she means well.

We waited around the store all morning.  The smoke was thicker than yesterday and now ash was falling like snow.  The word was that the fire had crossed the west road in places and the campground was on stage one alert.  Stage two would mean evacuation.  But for now, the place was still full.

When Brenna showed up with her van we were relieved.  Five of us loaded into her van for the trip.  She stopped twice at view spots where the lake was visible though smoke made the visibility poor.

As nice as she was, her driving frightened us a couple of times.  Once, Digs and I looked at each other as it looked like we were headed into the crater and we both thought death was imminent.

At the north end of the park the smoke was no longer an issue.  We had a long gradual climb up Mt Thielsen to about the 7000 foot level.  We are camped near Thielsen Creek, which is still mostly covered by snow.  Yep.  August.  Snow.

So, we bypassed about 17 miles of trail due to the fire and then hiked about 17. 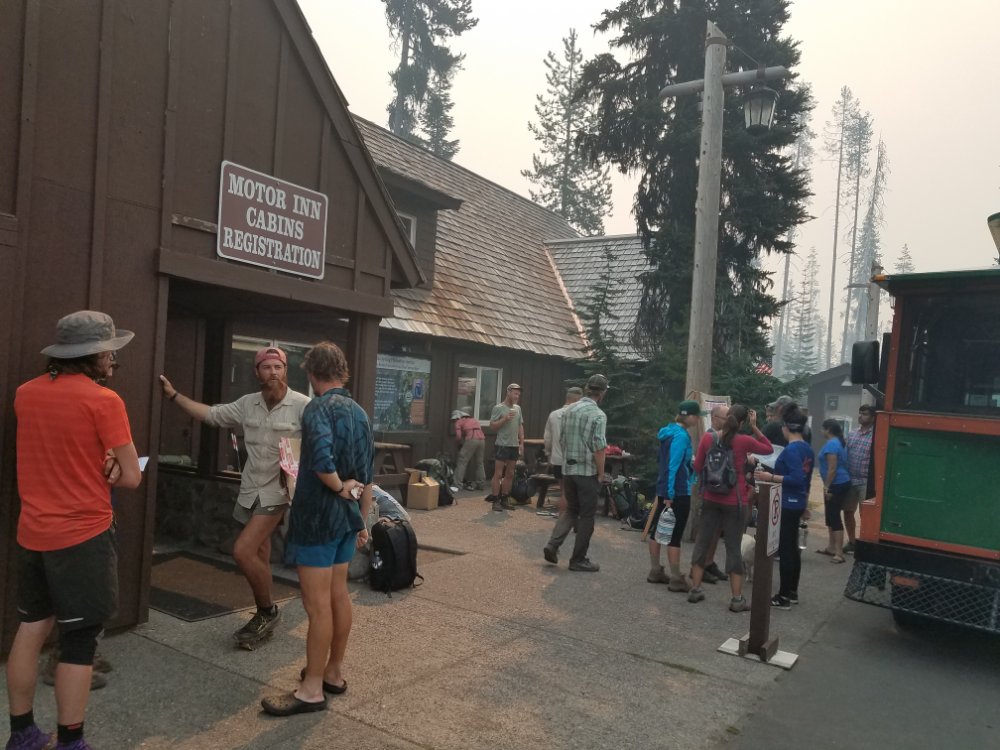 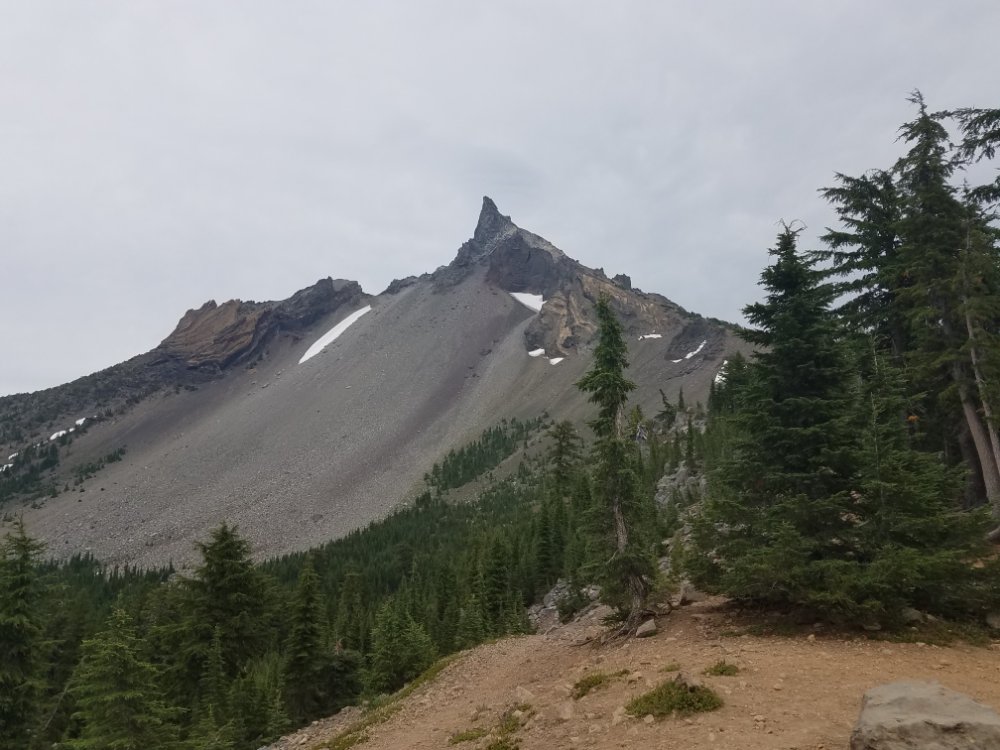