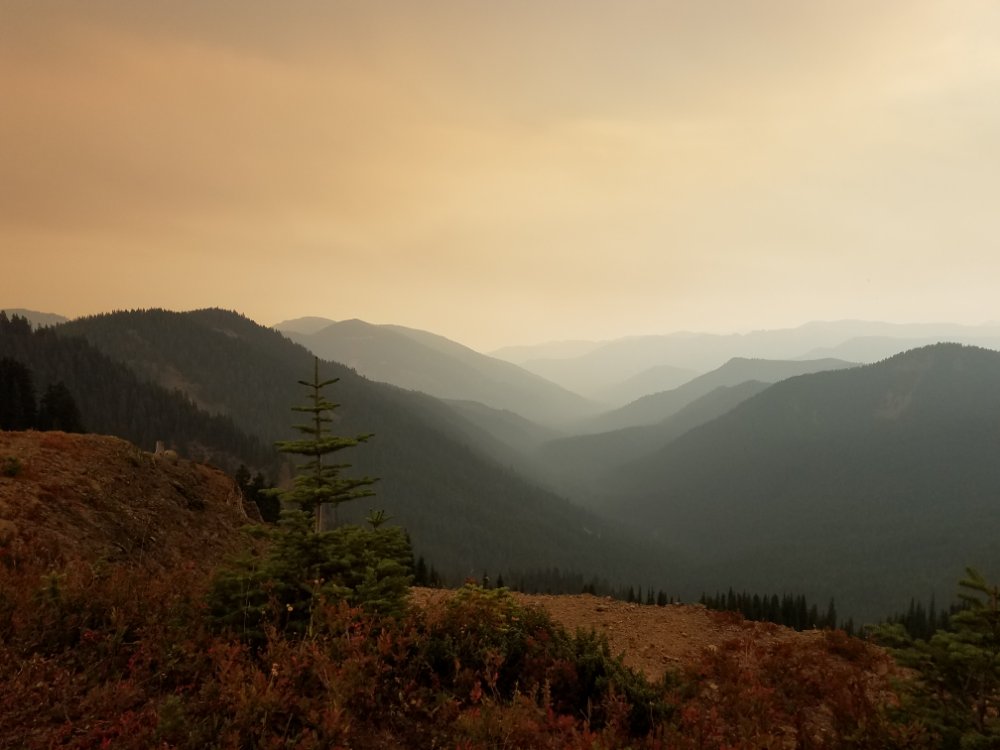 I woke to find a layer of ash on my tent this morning.  I packed up quietly as two other hikers were nearby and still in their tents.  Walking by 7 but it seemed earlier than that.

The sun did not come up, the sky was dark with smoke.  Briefly the sun would be visible as a red orb and then it would again be totally obscured.   Ash and small black bits of charred material were drifting dow in the dim eerie reddish light.  I could not see the fire and was comforted by my belief that I was travelling away from it.

After 6 miles I passed the Ulrich Cabin and a dirt road with parking for the cabin.  A forest service ranger was there posting a trail closed notice.  What I walked the past two days is closed now.  Apparently this fire has been smoldering for some time but just exploded yesterday.  Trail is open going north.

Towards the end of the day the air got a little better, but still smoky.  I think I am almost 20 miles north of it now.