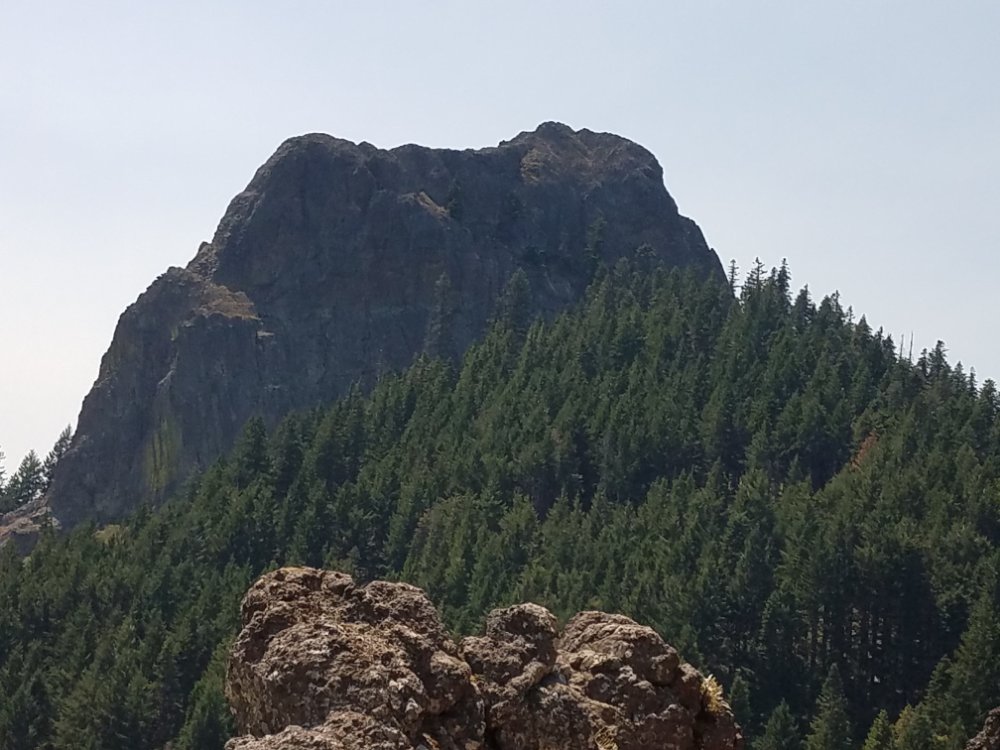 Had a lovely evening in a comfortable bed last night and slept in this morning.  After a late breakfast I headed out to the road to hitch back to the trail.

I got a ride from Alex in his 1983 Bronco.  Getting in I had to be careful not to step on either of the two bongs on the floor.  Alex was not going towards the trail, he just wanted to help a hiker.  After I declined his offer to use one of the bongs we headed onto the highway and started the climb up to the pass.  The Bronco was struggling and he pulled over into the berm behind an 18 wheeler that was crawling up the steep slope.  About halfway up Alex announced that the Bronco was overheating and he was not sure it would make it.  It did make it, just slowly.

After getting off the highway we picked up another hiker, Totes, and took her the last mile to the trail.

I hiked about 9 miles, a half day basically.  The only memorable feature today was Pilot Rock, seen above.  I am camped near a spring and Totes is nearby.  She is a 30 something woman from Michigan.  Nice lady, I met her at the Hiker Hut in Etna.  For lunch I ate the sausage and cheese and then used the remaining cheese in mac & cheese for dinner.  Always eat the heaviest food on the first day out.