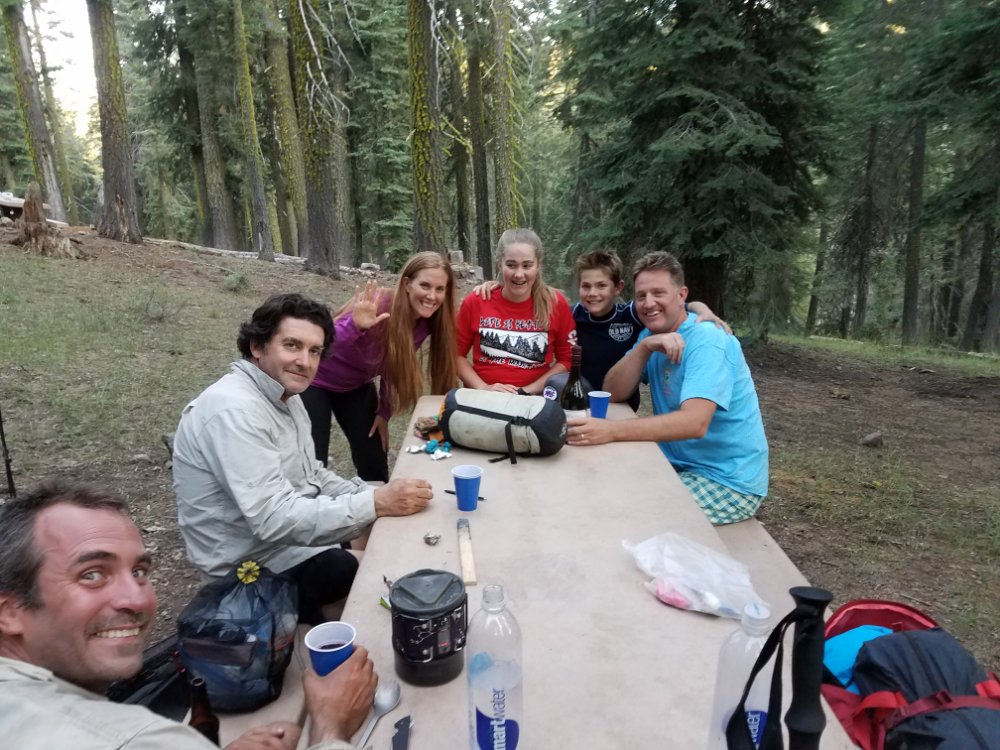 Yesterday we took a zero in Chester.  I soaked my feet and spent much of the day in the hotel treating my feet to cool dry air.

Today we hitched back to the trail.  We got a ride from a guy who was heading to Sqaw Valley to go skiing.   That is just south of Donner Pass.  Apparently they hope to stay open all summer, a first for them.

The 19 miles We did today was relatively easy, no major elevation changes.  My feet still hurt even after the day off.  Randy also has nasty blisters on his heels and was clearly in pain.

We lunched under the footbridge over the north fork Feather River.  We met “the mayor” and Erika there.  Lovely young couple.  He has been thru hiking, she just joined him.  They met in the peace corps in Zimbabwe.

We entered Lassen Volcanic National Park and passed a steam geyser and a boiling sulfur lake.   Because of recent problems the park is requiring the use of bear cans.  Since we are not carrying them we can only stay in the park where there are bear lockers.  For us that means the one campground near the trail.

It is a drive in campground but does not offer electrical or water hookups.  Other than hikers, the other car campers here are in tents or very small campers.

Since it is a fee campground all the hikers shared one site.  The Mayor and Erika are here.  Steve, a 42 year old software guy from Portland.  Katrina, a 20ish Polish girl.  She and Steve met on the trail and are now an item.  Switchback, a 40ish German woman we have been running into since Belden.  And Randy and I.

The family in the next space brought over a bottle of wine for us.  Later they came over with cold drinks and sat with us at the picnic table.  Lovely folks from the bay area with a son and daughter in the 12 to 14 year old range.  Was a nice evening. 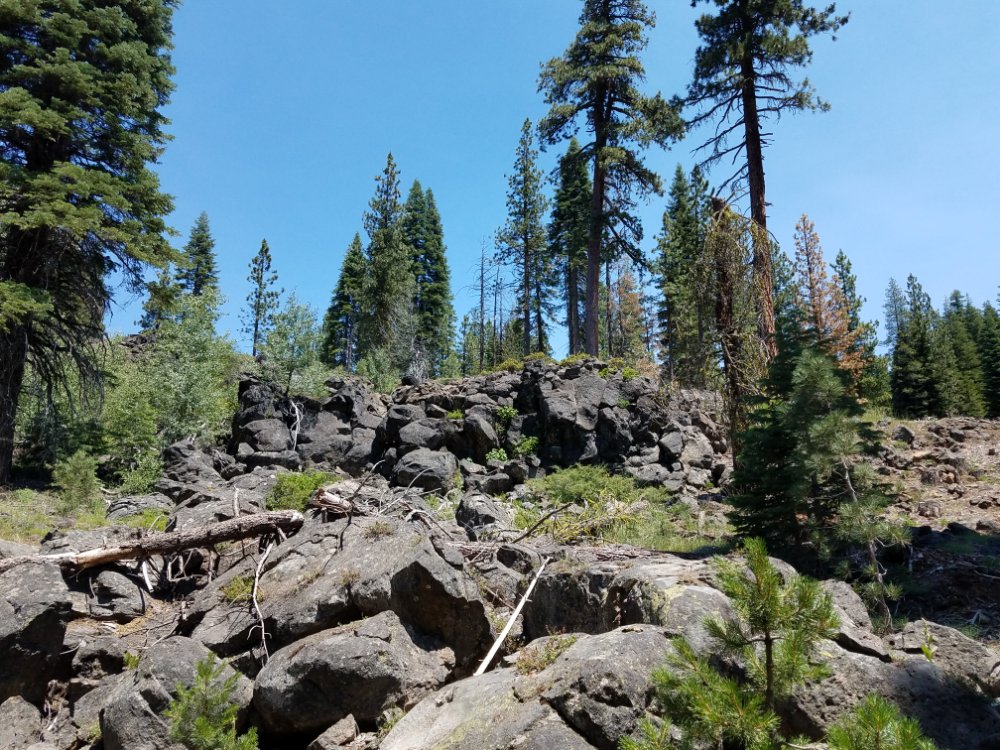 One Comment on “Day 59: Into Lassen Volcanic National Park”