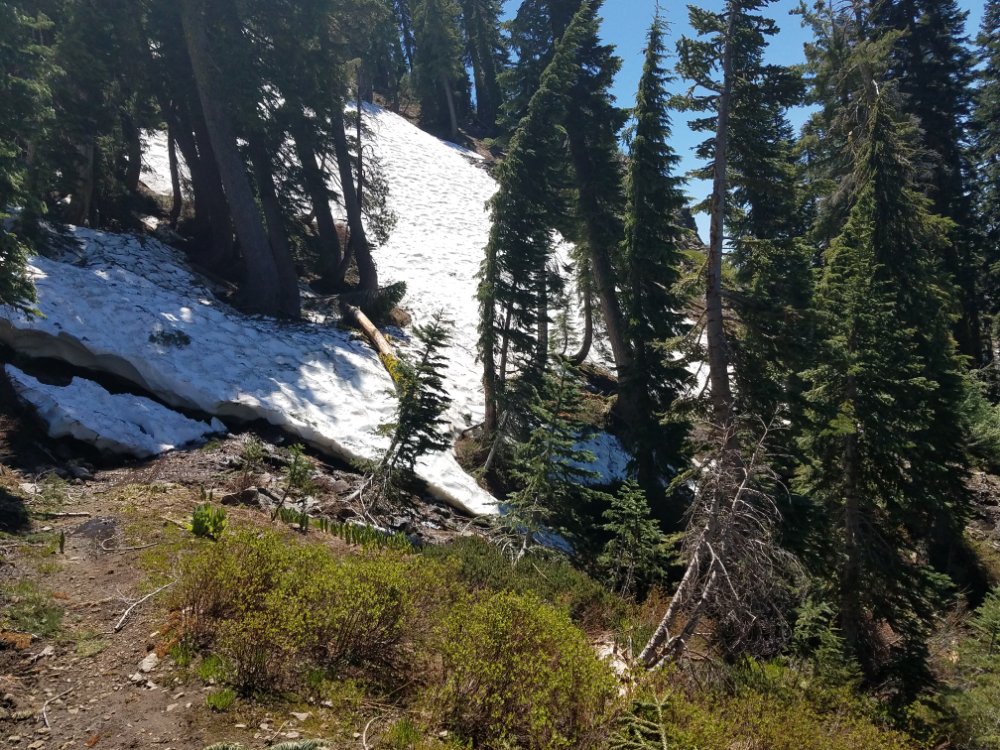 We started walking at 6am and hit snow almost immediately.  We bypassed one section of very steep traverses by instead going up to the very top of the ridge.  Then we had a steep climb down on rocks.

Even with GPS we got a bit turned around once when the trail did a large almost 180 loop.  By late afternoon we were on dry trail except for a series of steep snow chutes we had to cross.  Each of them included partially covered streams.

At one chute I was a bit nervous.  I am not very good on snow so I took it very slowly, kicking in each step to avoid slipping.  It took me over 10 minutes to cross 40 feet.  Then we realized we should not have crossed it, the trail actually switched back just after that chute.

Crossing the chute again I first climbed down to where it was slightly narrower.   I was about two steps away from the other side when I slipped.  I went down and slide down and into the small stream that was running along and partially under that side of the snow.  I went down feet first but when my feet hit rocks I flipped up and over and ended up face down in the stream and went over two small rocky ledges before stopping.

I was lucky, no serious injury.  I scraped my legs and have a painful bruise on my left thigh.  Of course I was also wet and dirty.

About an hour later Randy fell and slid into a tree well.  He snapped one of his poles and hurt his wrist. 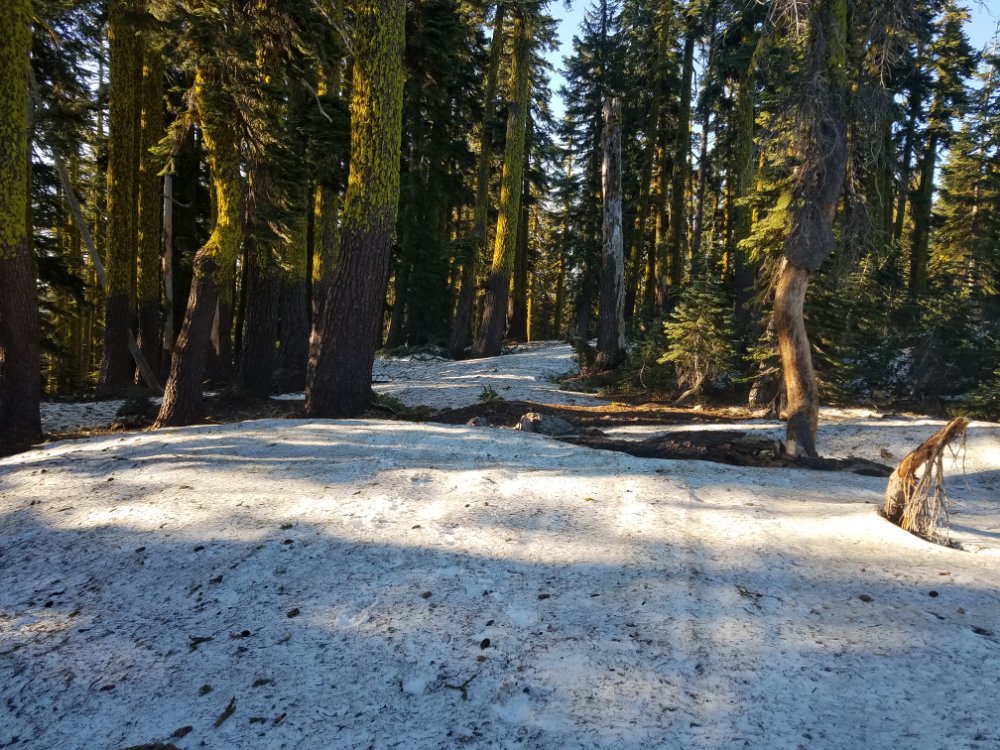