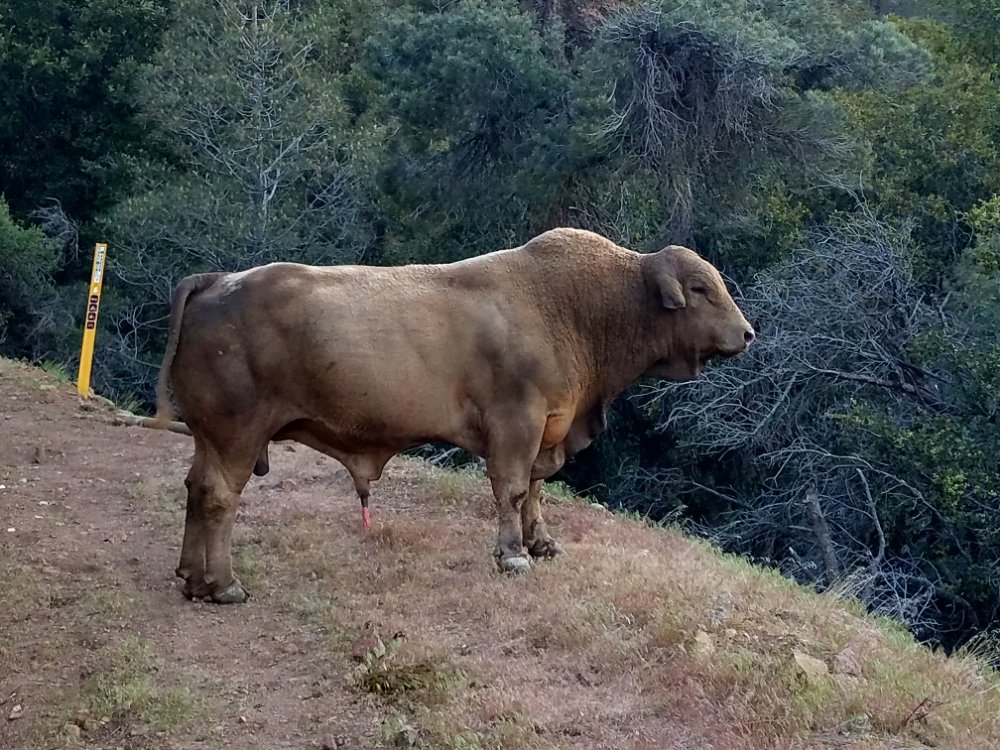 One more shower this morning, so nice.  It was hard to leave that air conditioned room.  I was really not looking forward to today.  Forecast was for 97 degrees.

I stood on the side of the road with my thumb out and called Gayle while waiting.   She is going to order a foam pad for me and have it sent to KM.  At the end of the call she said she would pray I get picked up by a nice non-axe murderer.   After another hour and no ride I called her back and asked her to remove those conditions, just pray for a ride.  3 minutes later I got picked up.

It was hot but the climb was not as bad as I expected.  I was carrying 5 liters of water and took my time.  First water is at about 17 miles and that is where I camped.  Tomorrow will be a 19 mile day to the next water and then there is a 35 mile stretch with no water.  It is supposed to be a bit less hot tomorrow.

I camped above the spring on an old woods road.  My tent was set up across the road in the only nearly level spot I could find.  While I was making dinner a bull came up the steep trail from the spring.   I stood up, concerned he would trample on my tent.  I waved my pole at him and shoed  him back.  He snorted at me and waved his head around.  Then he turned around, took an enormous dump and went up the woods road the other direction. 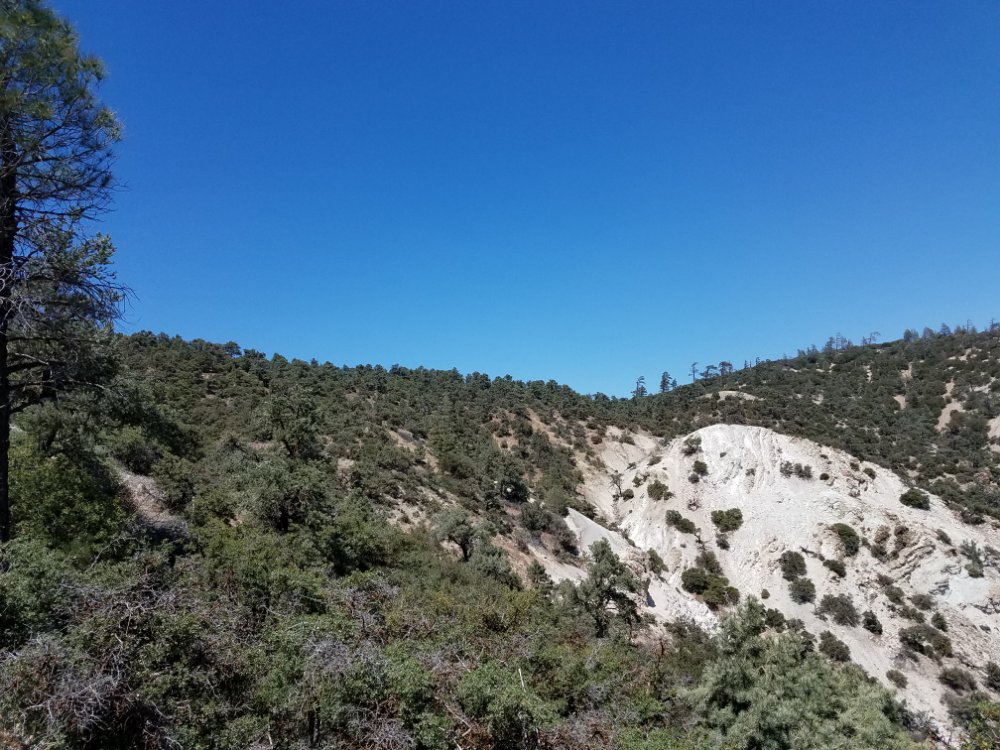