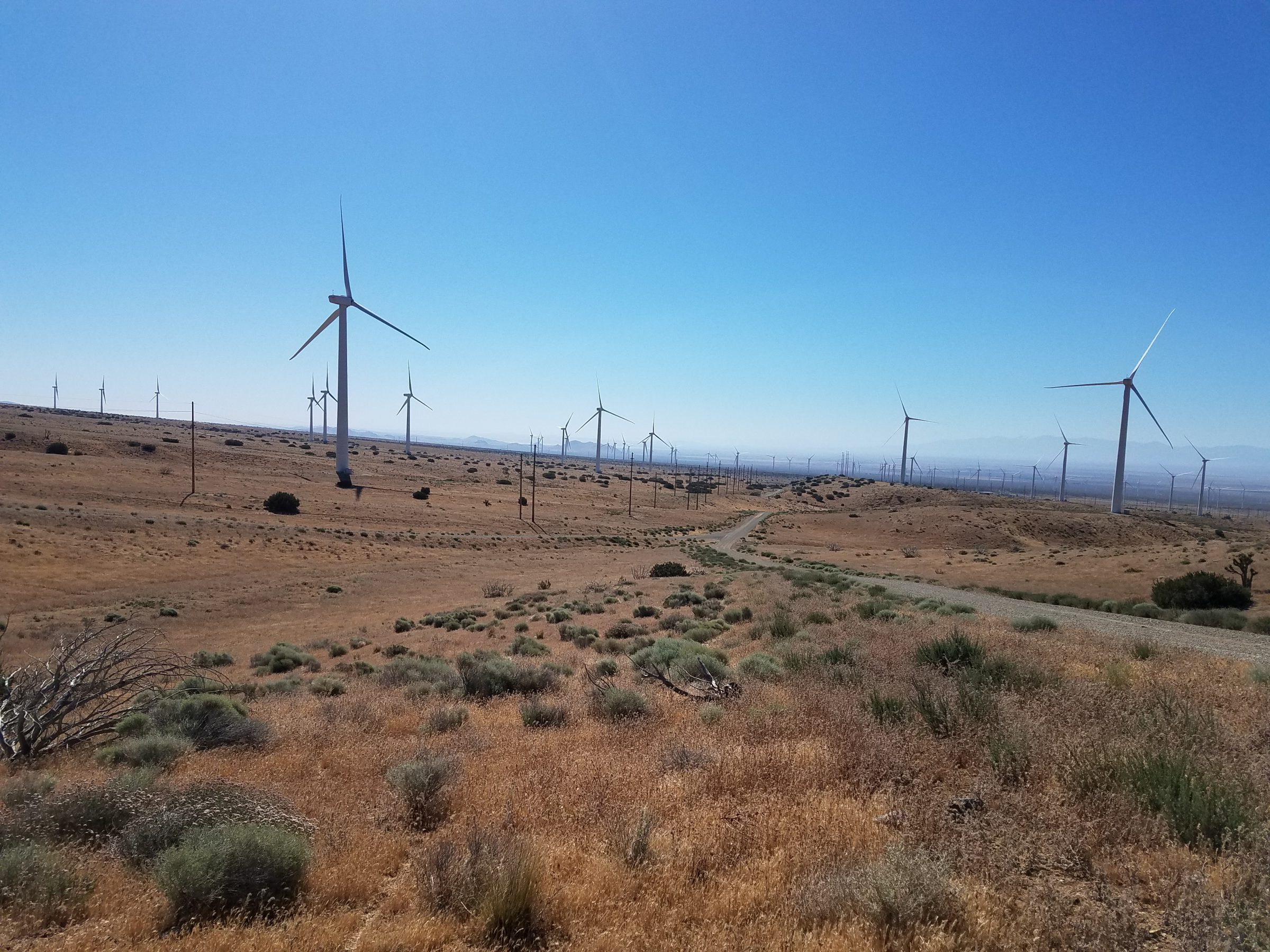 A short day, but that is okay.  I woke feeling sore and not well rested.  John brought coffee to my tent and again thanked me for helping him find his phone.   Was walking by 8 only because my tent was in direct sun.

I have about 31 miles to get to Rt 58 and Mojave, my next supply stop.  There is only one water source in that stretch and that is in 6.6 miles.  So my plan was to hike the 6.6 miles to the next water, siesta there until late afternoon, then start the 8 mile climb back up to 6,000 feet (carrying water) and do a few more miles so tomorrow is a downhill 14 mile or so jaunt to town.

The first 4-5 miles were through a wind farm, though there was no wind this morning.   I had cell service and found a bush to sit under while I called Gayle and had a long chat.   I miss my family.

After dropping down into a canyon there was a small stream and two large trees.  About a dozen hikers spent the afternoon under those trees.  Out of the sun it was pleasant and I rested, but could not really sleep.

At 4pm I started the 8 mile climb.  I took 5 liters of water and drank as much as I could before leaving.  The first half of the climb was beastly hot but then the sun dropped below the  mountain and the temp became tolerable.  I made it to the top and an area to camp but not as far as I hoped.  But at the top there was a dirt track nearby and a guy had brought water and stew out for hikers.  I ate, set up camp and crashed.  He says he will bring coffee in the morning!

I will have 17 miles tomorrow to get to Mojave, but it is almost all downhill. 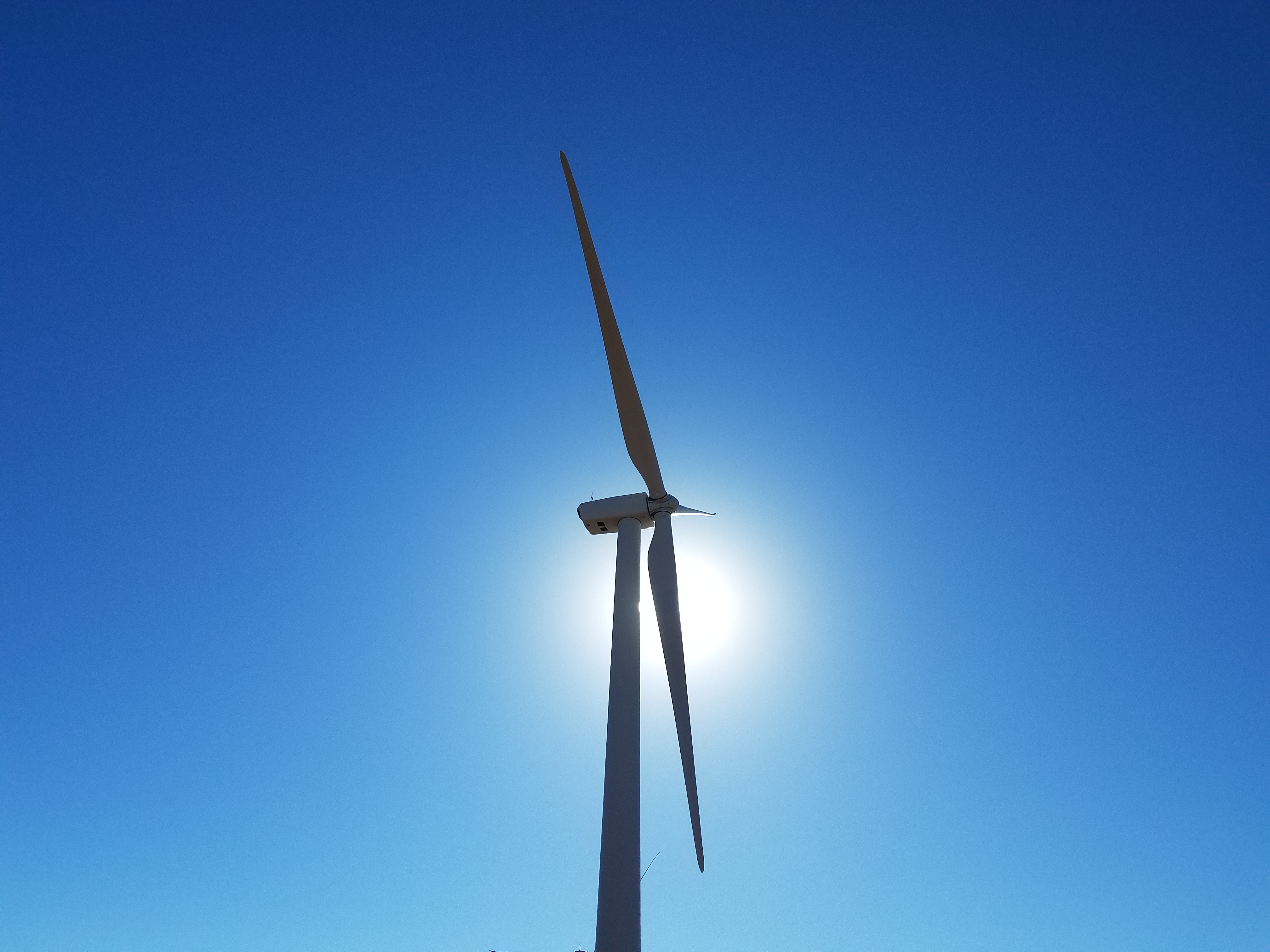 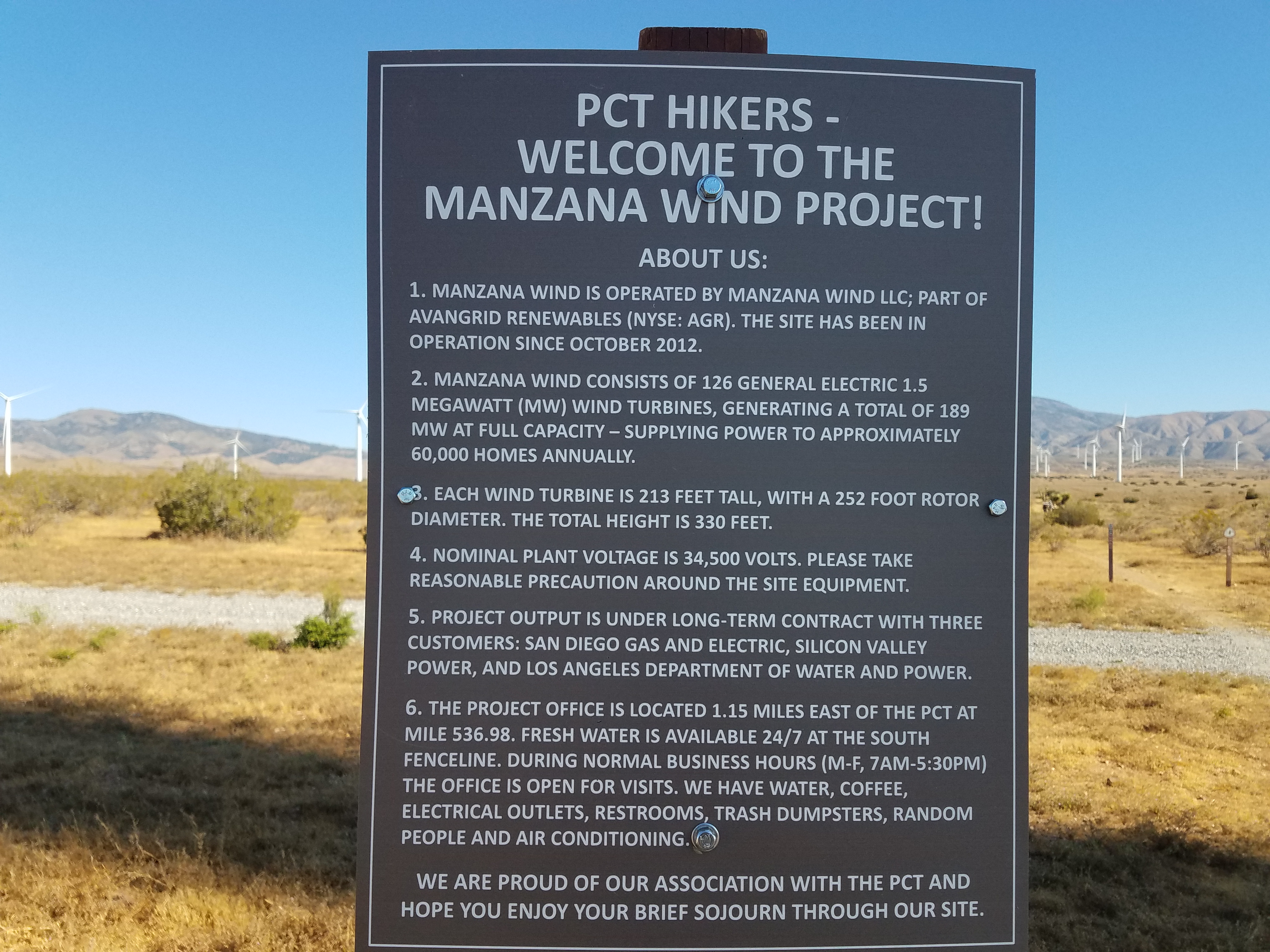