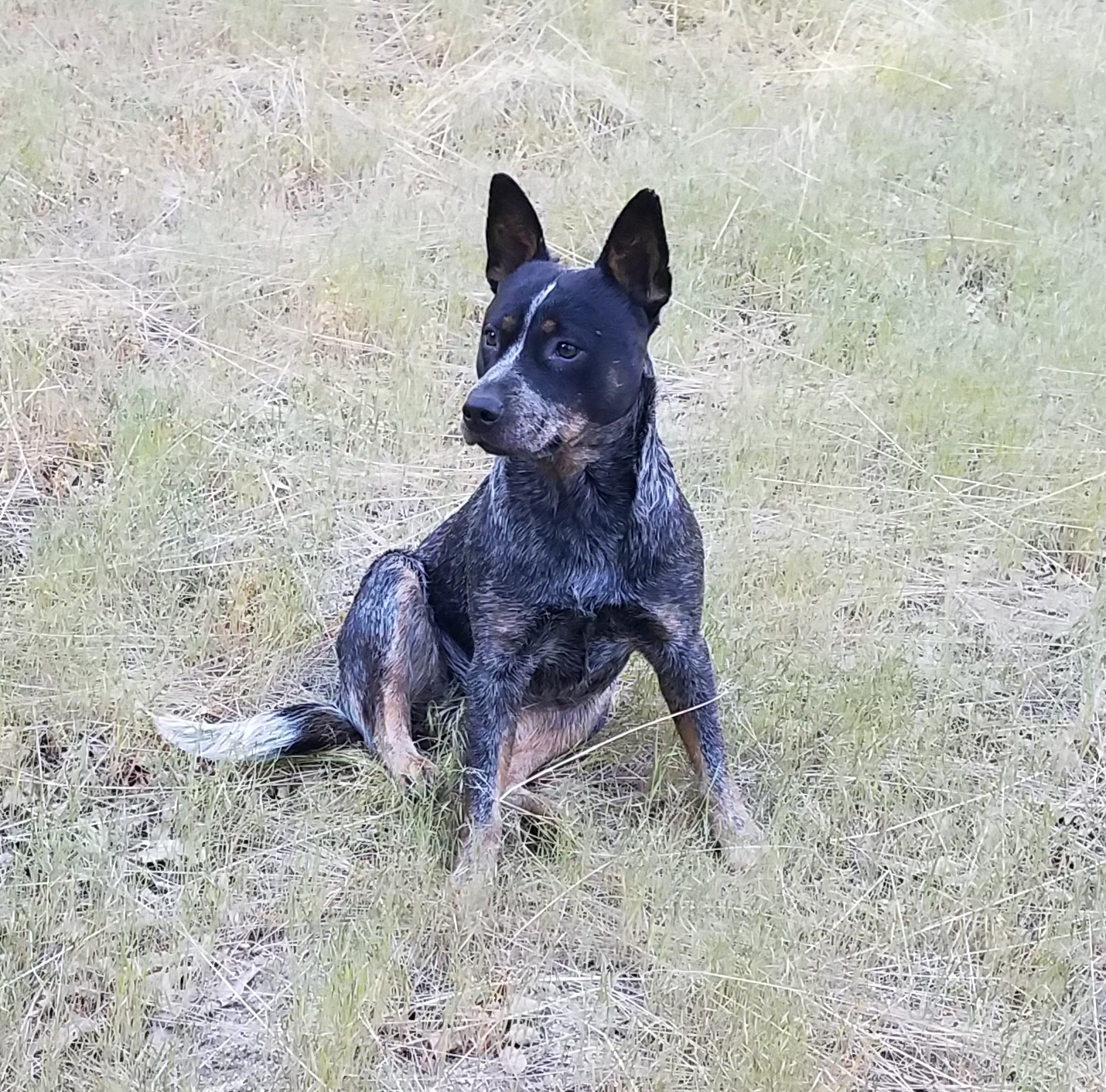 It was lovely cool last night.   I picked a spot that was up high but in a little depression that was protected from the wind.   Just before dark a woman hiking with a sweet little Australian Cattle Dog camped about 40 yards away.

At about 5:30 I heard some rustling nearby and raised my head to see what it was.  I did not have the rain fly on my tent, just the inner body that is mostly very thin netting.  The dog saw me and gleefully tried to jump up on me, ripping big holes in my tent.  I had a momentary mental picture of that dog roasting on a spit but I quickly settled for rubbing it’s belly instead.

I used my emergency duct tape plus some of my foot tape to repair it.  The woman offered cash, when she would make it to town, but I declined.

I hiked the 12 miles to Hikertown, a funky hostel of sorts.   From here it is 17 miles along the Los Angeles Aquaduct to the next water and shade.  It is in the mid 90s in the shade.  My plan was to wait until 5 or so and then hike way past dark and shoot for another 17 miles to the next water source.

I left at 4:45 and quickly caught up to John from Riverside.   The walking was easy, first following an open canal and then the huge pipe that fed the canal.   We were able to walk and talk, something that I can’t do when I am gasping for air.  Some younger folks passed us.

Eventually it got dark enough to require headlamps.  At one point we took the wrong fork in the trail and went a half mile before realizing our error.

Midnight was approaching and my feet hurt badly.  We were within 1.5 miles of our destination, just topping one last half mile climb.  That’s when John discovered that he had lost his phone.  He went through every pocket.  No phone.  He remembered checking the GPS map and it showing 2.17 miles to ergo.  We had taken a brief rest at that point.

I could hear the relief in his voice when he saw that I wasn’t going to abandon him.  We headed back, got a bit confused about one turn but found our way.    We found the general area based on the mileage from my GPS and then searched.  I found it!   To say John was relieved is an understatement.

Exhausted, we climbed the last hill and around 1:30am we found the water and an area to camp.  My feet have some new blisters.