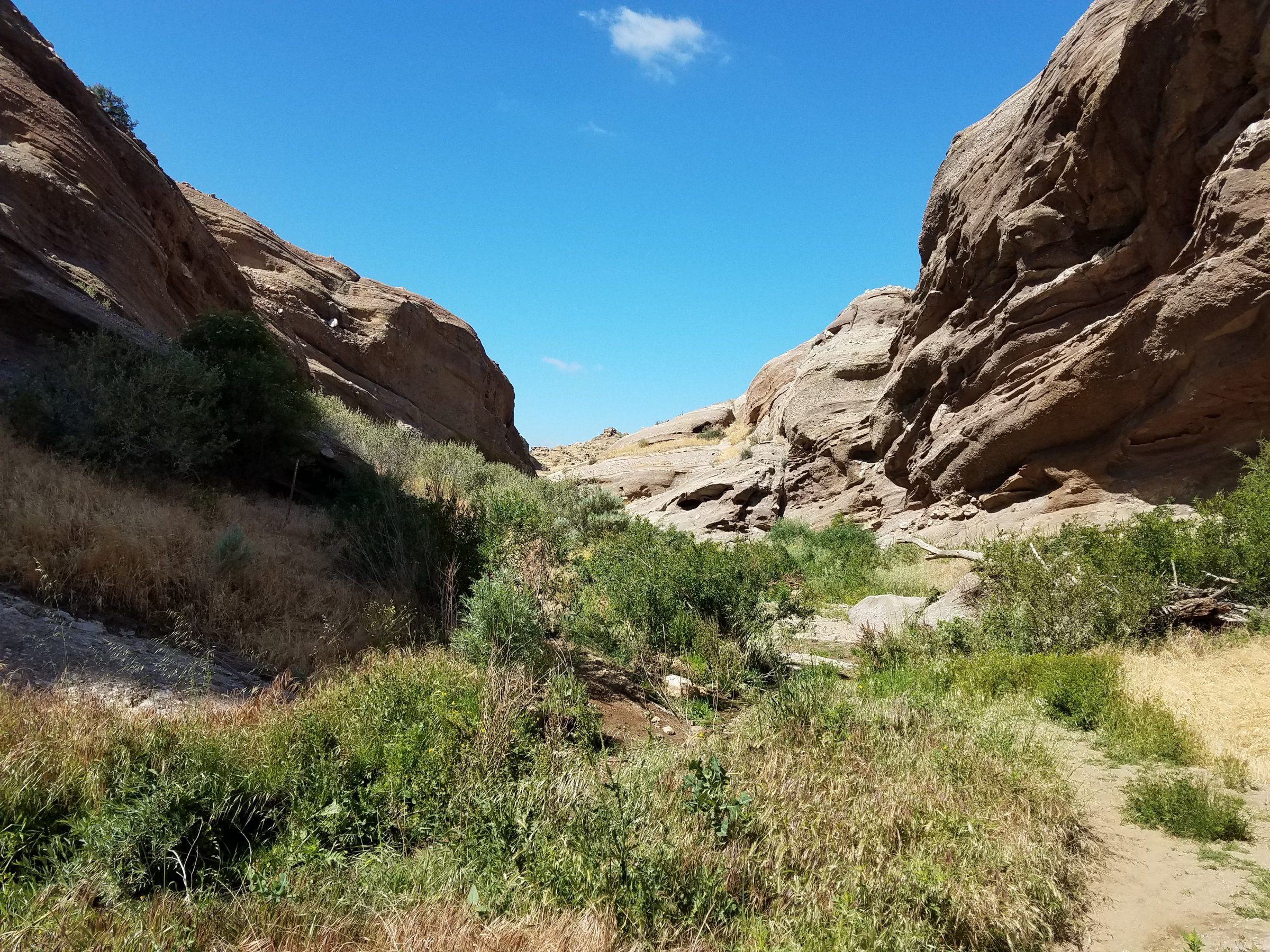 Climbed about 2000 feet today but mostly gentle.   The trail went under Hwy 14, at least 50 feet under it through a drainage tunnel.  Next it passed through Vasquez Rocks.  Very cool rock formations that have been used in many movies such as Planet of the Apes, Blazing Saddles, Gunsmoke and more.  Formations are caused by the San Andreas fault.

At 11am I arrived in the town of Aqua Dulce.   First stop was the Sweetwater Cafe.   I wanted a quick stop but that was not in the cards.  Sitting outside with two other hikers waiting…waiting.  Then police started showing up.  Seems the manager and an employee had a fight.   90 minutes after arriving I was able to leave.

I bought 5 days of food to get me the 110 miles to Mojave.   Only 19 miles today but I am camped near a spring and there is a long dry stretch ahead.  Water near camp is nice. 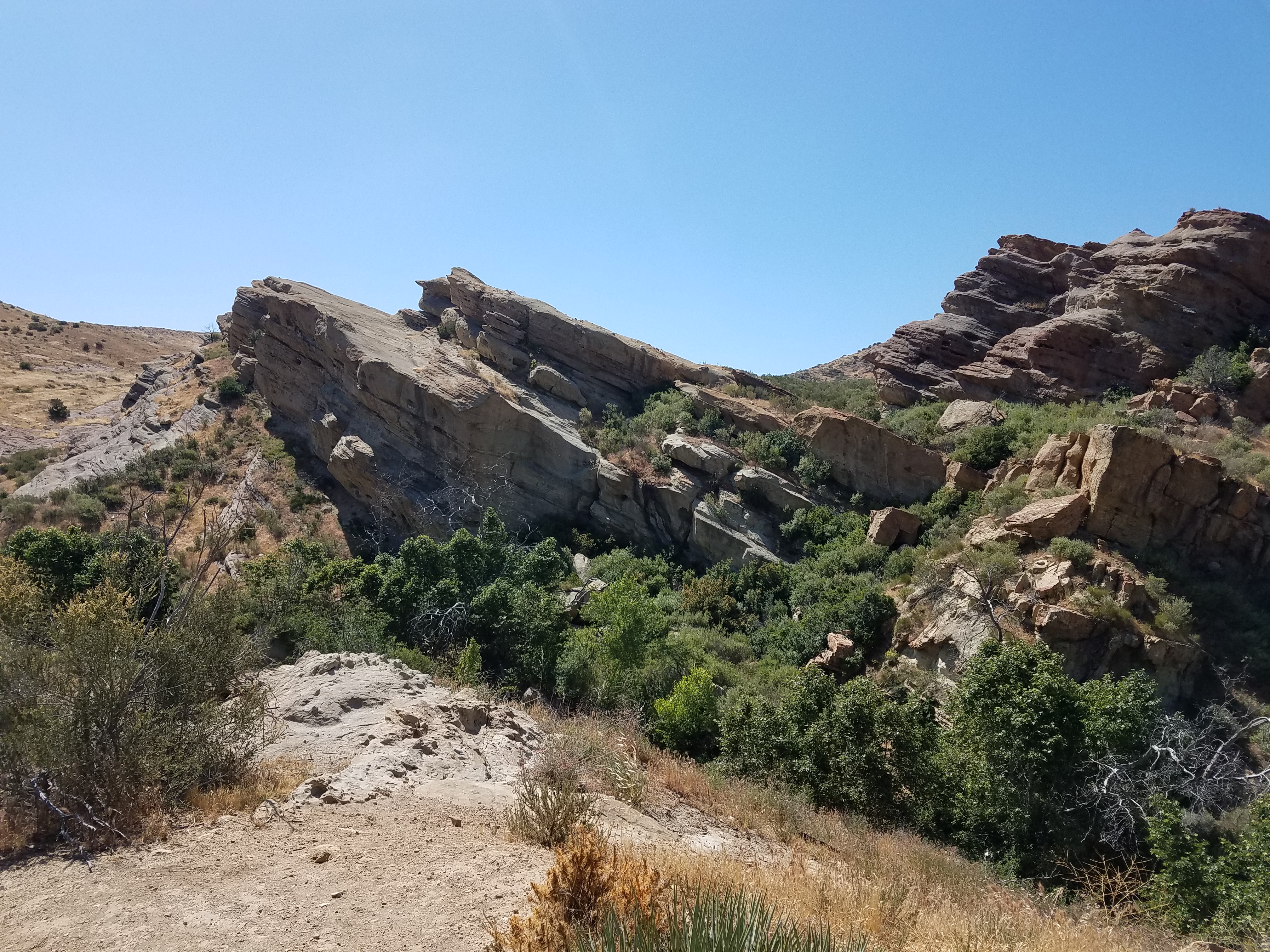 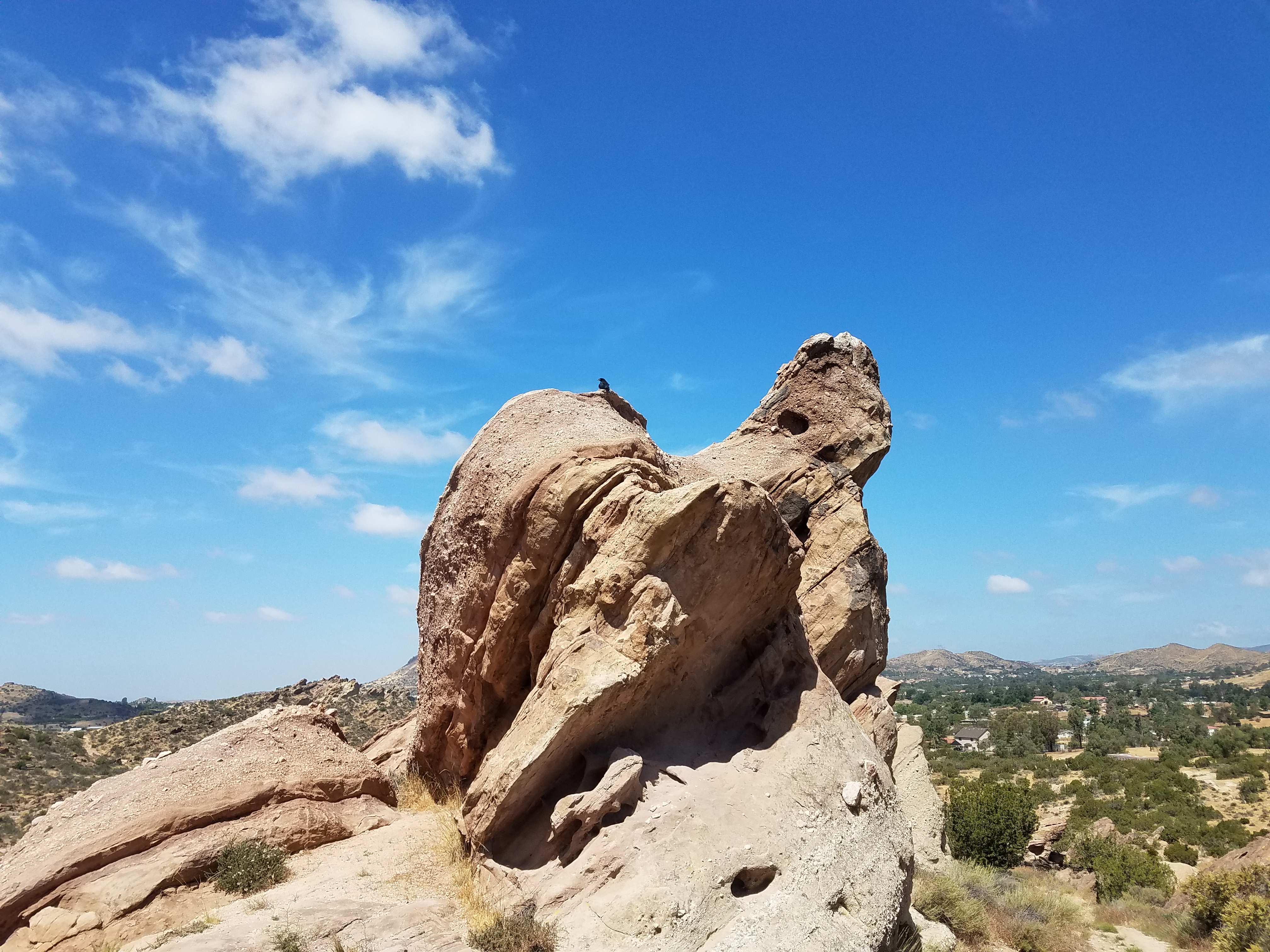 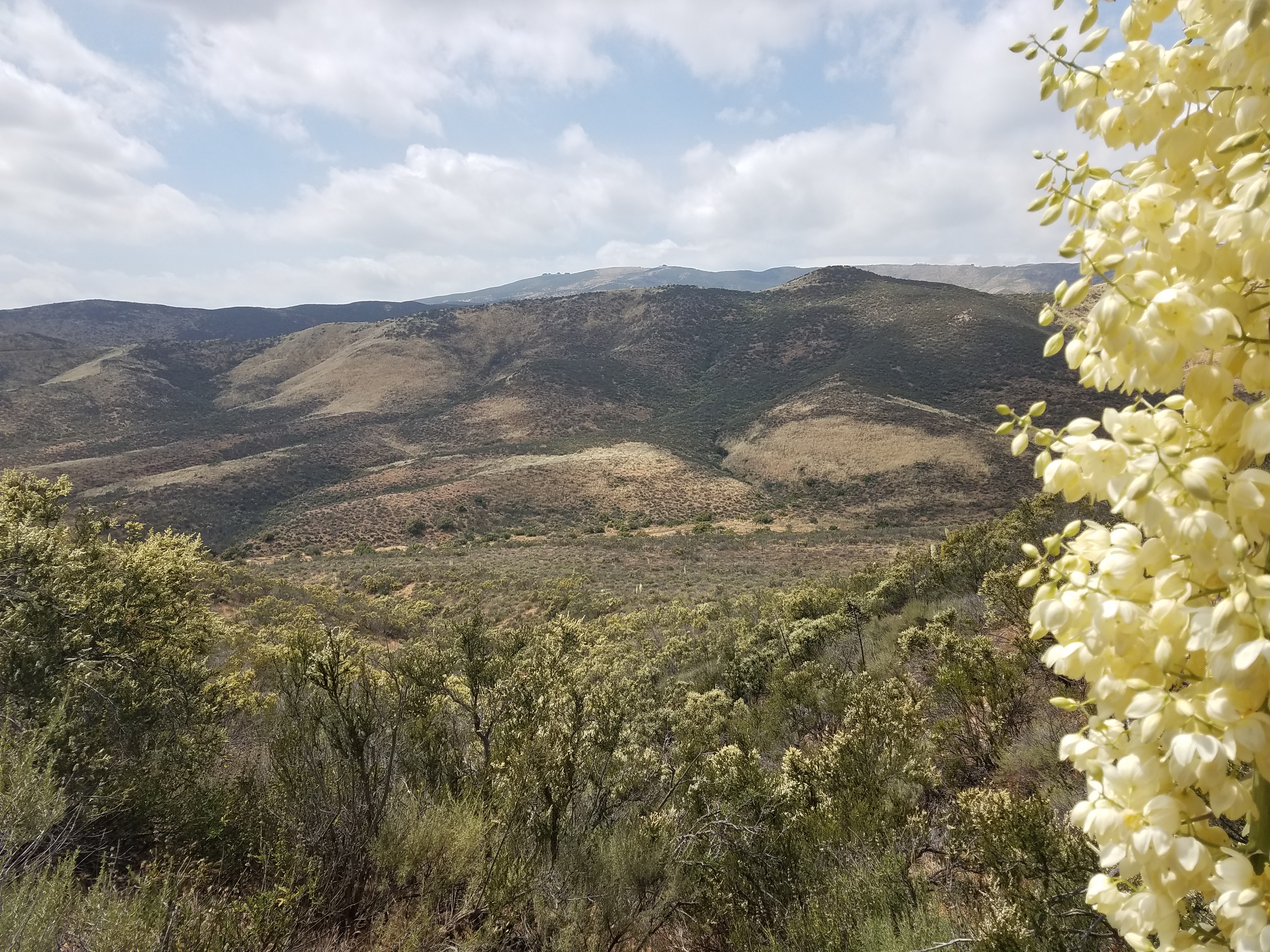 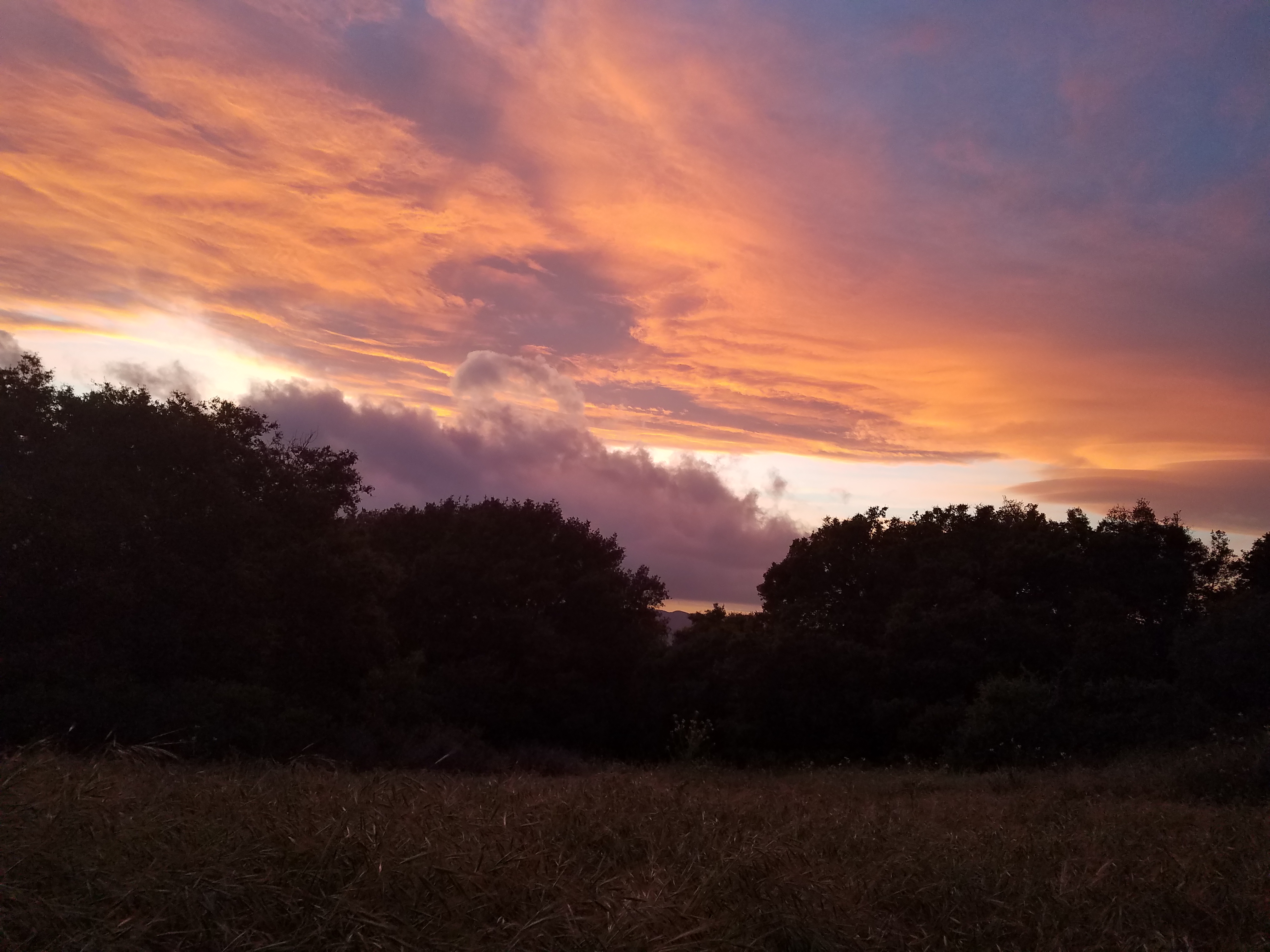