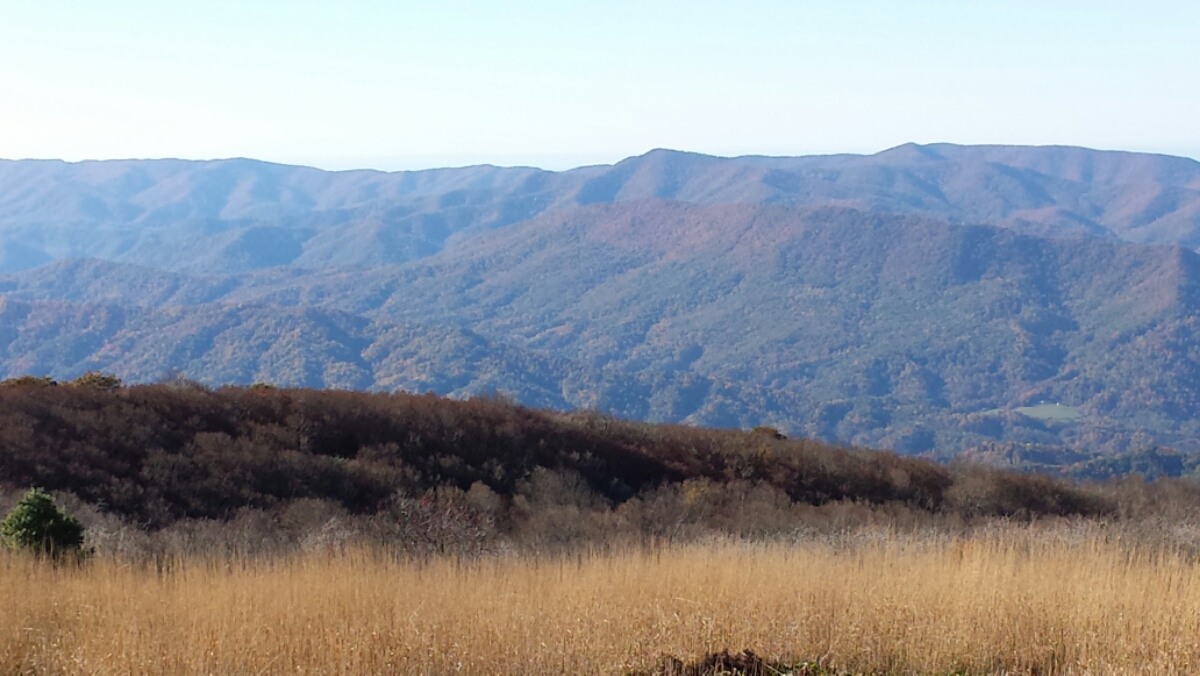 It was a crisp morning that started with a mouse damage check.  After dark I heard the mouse and got my light on him just as he lept from a clothes line that ran too close to my hanging pack.   I leaned over and shook my pack until he popped out.  It took several tries to hit him with my boot and knock him off.  Later I heard him at it again but didn’t want to wake the others up.

So, my morning started with a damage check.  No damage, he had brought in some tissue and was creating a nice home.  Dumb mouse, a smart one would have picked a southbound hiker.

I got a late start because Two Cups was sharing food and I was giving him two cups of my fresh brewed coffee.  So much better than instant.

The morning was crisp but not freezing.  Within a few miles I was back to only a tee.  In 3 or 4 miles I came to Sams Gap, a big highway crossing.  There was cell service there so I updated blogs and had a long call with my sweetie.  I learned that miracles do happen, PSU beat OSU.  We Are.

The big climb of the day was Big Bald Mtn.  When it was in sight a nice lady on a day hike with her dog offered to take my picture. 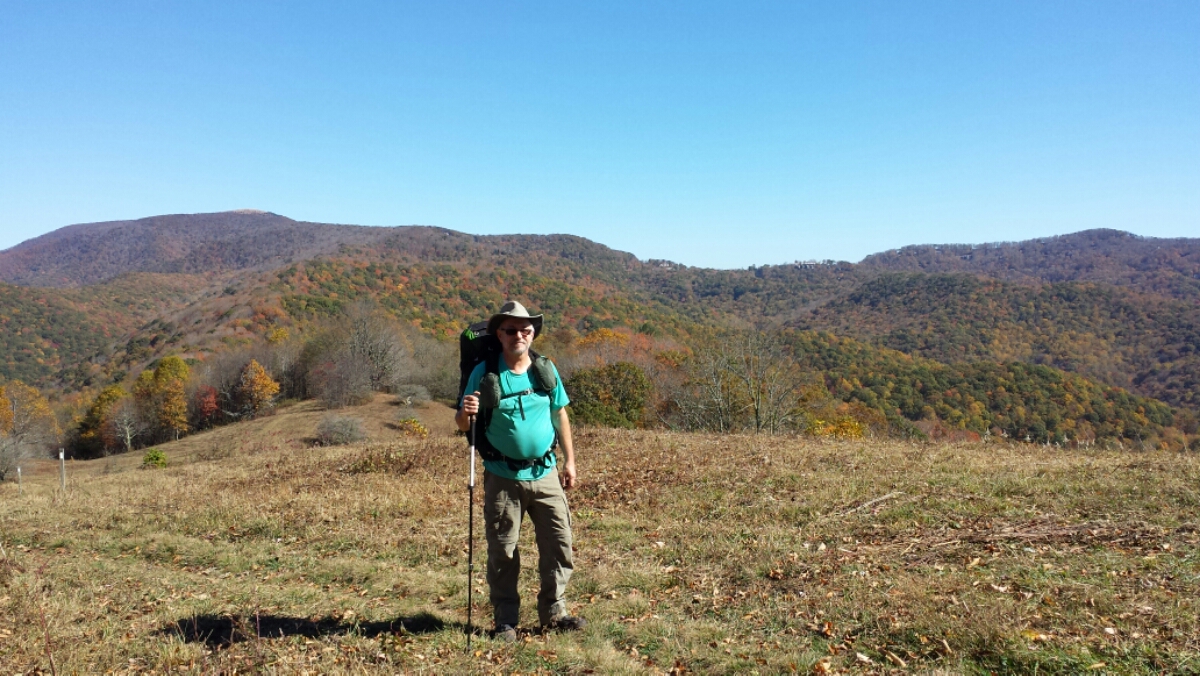 As I got closer to Big Bald I could see why it was called that. 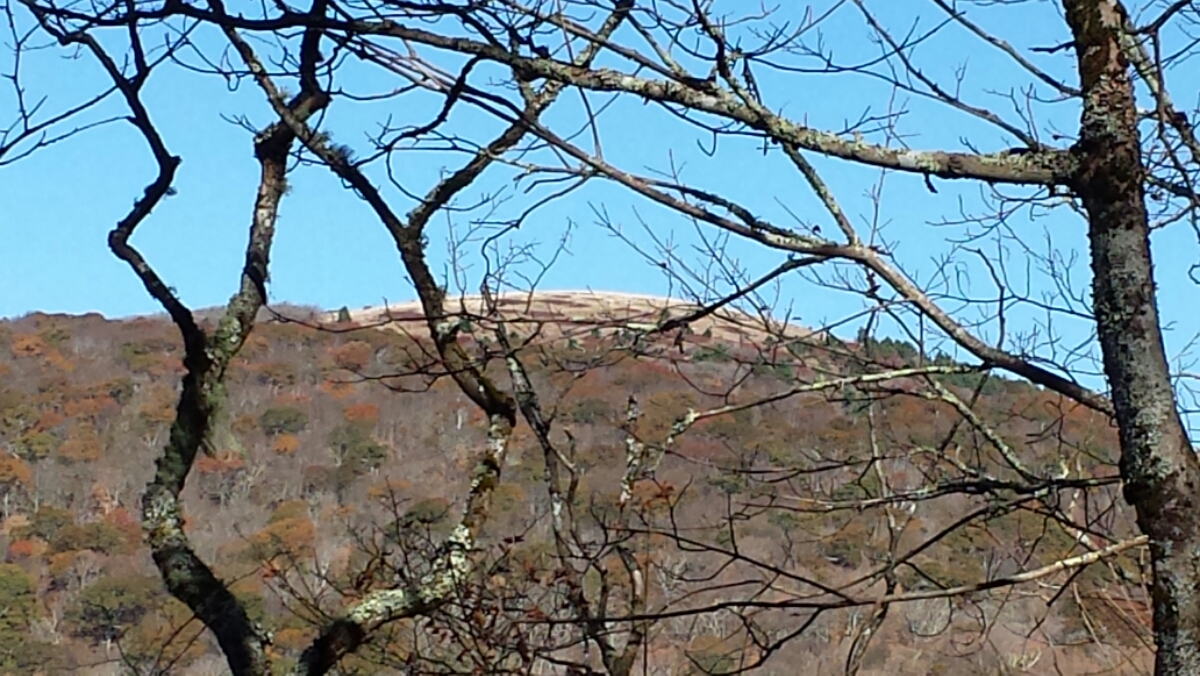 A bit of a climb but worth it for the views. 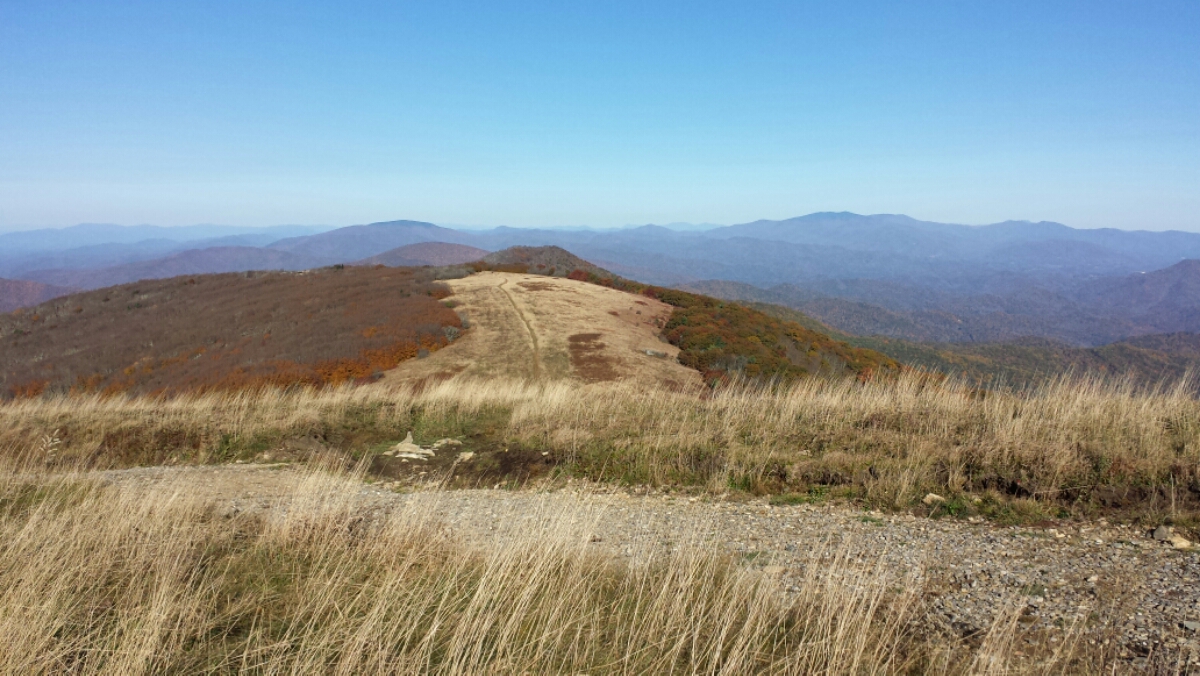 I made it to the Big Bald shelter at 5.  It was a lovely day but I had gone only ten miles so I loaded up with water and continued on.  I hiked till dark and pitched my tent in Whistling Gap.  Had to cook by flashlight but it was a comfy spot. 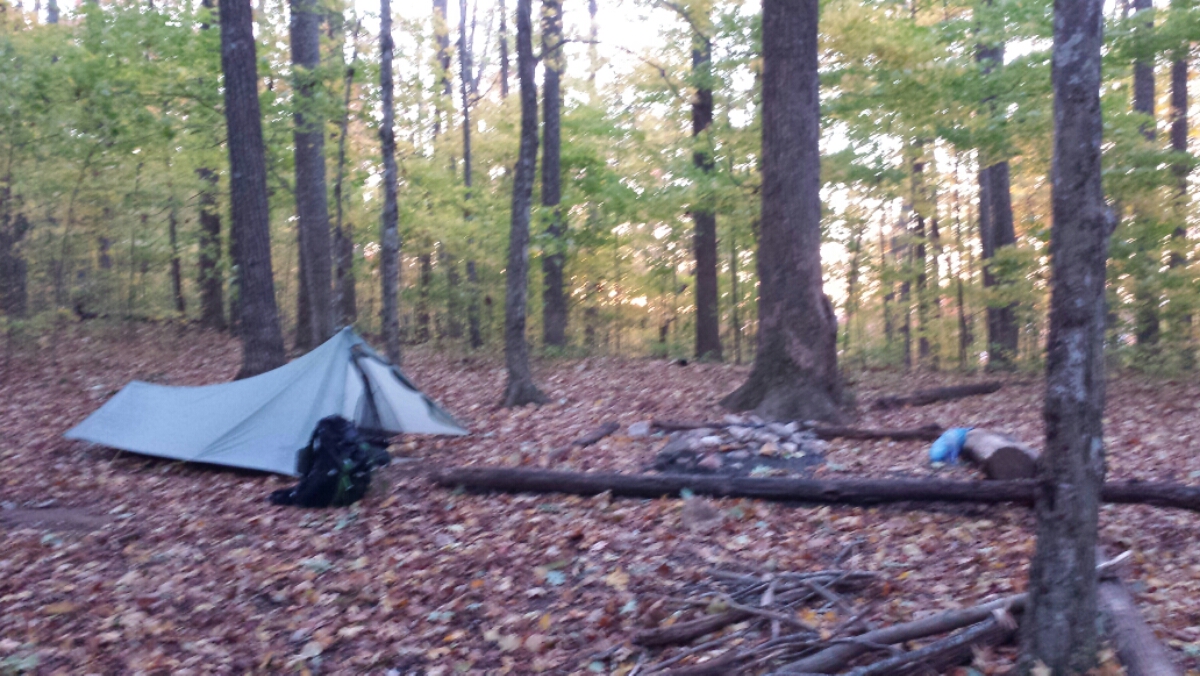