Day 20: Down To The Persistent Snake 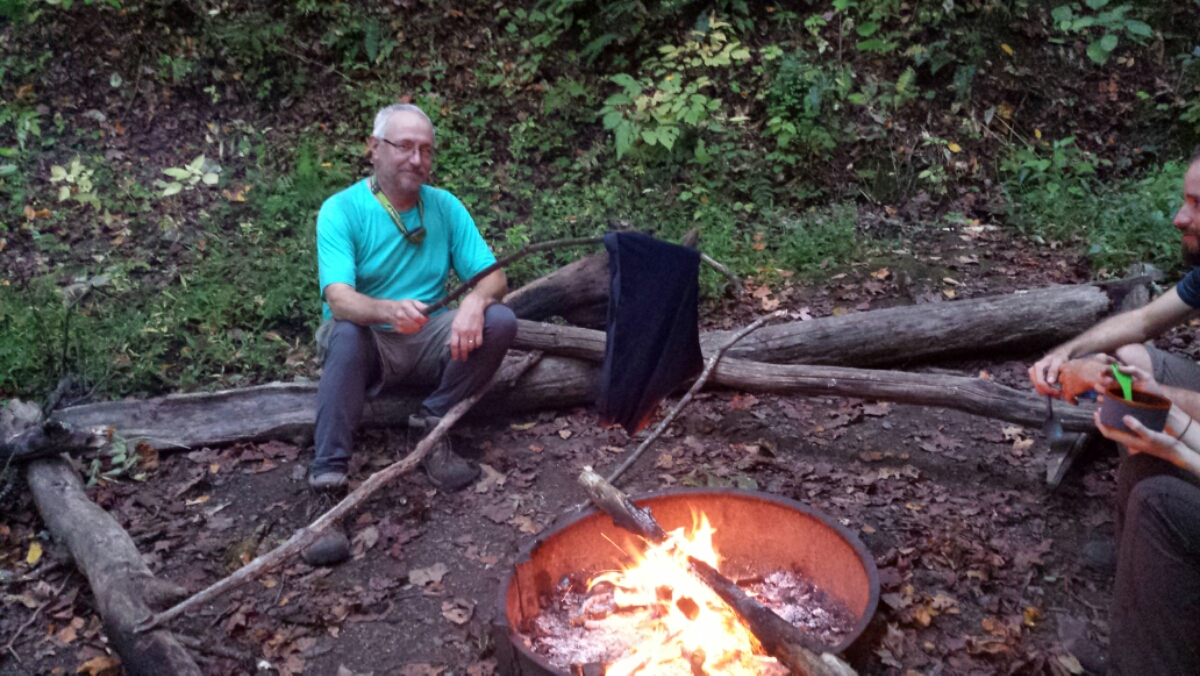 Much of today was descending from the Smokies.  From about 6,000 feet in the morning I dropped to about 2,500 this evening and camped at Davenport Gap, about 2 miles before the northern boundary of the park.

It was a 15 mile day for me but I was the first person at the shelter.  I washed my underwear and tee with peppermint soap.  Then I gathered wood and got a fire started.  Others rolled in.  A woman who calls herself Tangle came next.  She had tales of woe and lots of nervous energy.  Then three people from a meet-up group.  Those folks, 1 guy and two woman in mid 30s, were clearly new to hiking.

Next came a persistent snake.  I noticed a 5 foot black snake heading to the shelter.  I pointed him out to folks and used my staff to redirect him.  20 minutes later he tried again.  Again I blocked him.  I did not see his third attempt, one of the women saw him in the shelter and freaked.  He went under the sleeping platform in search of mice.  I sat by the fire drying my underwear while they fussed and made a commotion.  Eventually snake left of his own accord.