Day 97: Marathon For Lunch With Gayle 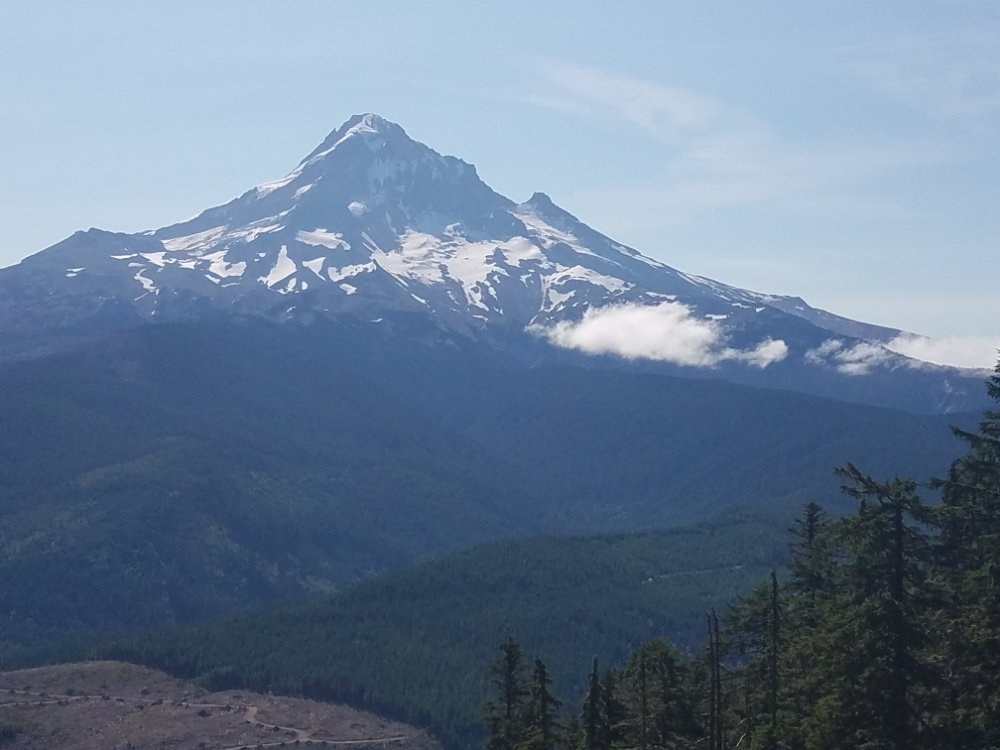 26 miles, I think that’s a marathon.  I did 26.4 today.  My goal was to get far enough so I can get into Cascade Locks tomorrow by 11am.  I am 11.3 miles out so if I start by 6am I should be good.  Gayle is meeting me there for lunch before she heads back to Portland to fly home.

The day started with a nice 1200 foot climb and then short climbs and descents.  Views of Mt Hood and then later of St Helens, Adams and one other huge guy I don’t know the name of.  St Helens is easy to identify, it’s top is missing.

Late in the afternoon there were clear views of the Indian Creek Fire.  Small fire but you can see smoke rising from the trees.

Shortly after that I ran into a forest service ranger.  The Indian Creek Fire has been burning for a month.  It is on very steep and nasty terrain so they don’t want boots on the ground there.  They have dropped many thousands of gallons of water on it to no avail.  Now they are just watching it and it may smolder in the duff until winter rains and snow douse it.

While I was talking to the ranger two other forest service guys showed up.  They are putting everyone they have in the field now for the eclipse crowds.  One of them was brought in from WI, one from Utah and one local showing them around.

At about 4pm I passed Wahtum Lake.  I decided to make a big meal there.  I had a pack of cooked bacon and started with bacon in tortilla.  Next was very flavored ramen noodles with bacon added.  M&M’s were desert washed down with iced tea.   I filtered 2 liters of water to carry.

Having had dinner and carrying water I could walk until I dropped and not worry about where I stopped.

I am camped in a saddle on a ridge, fairly exposed to the wind.  There are a bunch of downed trees nearby and too many standing dead trees.  It took me some time to find a safe spot for my tent.

Just heard a train wailing in the distance.  Has to be tracks along the Columbia River gorge where I will cross into Washington tomorrow.

I had cell service briefly today and got a text from Totes.  They were getting into Cascade Locks Saturday morning.  Depending on how much time they spent in town they are about a day ahead of me.  It will take a bunch of marathons to catch them. 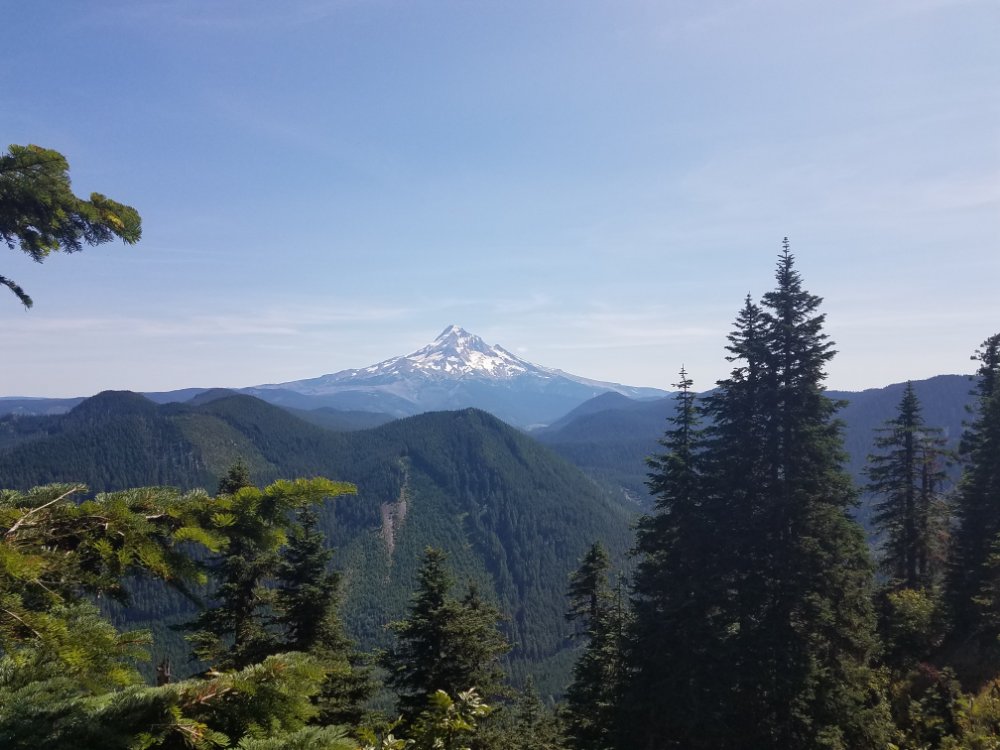 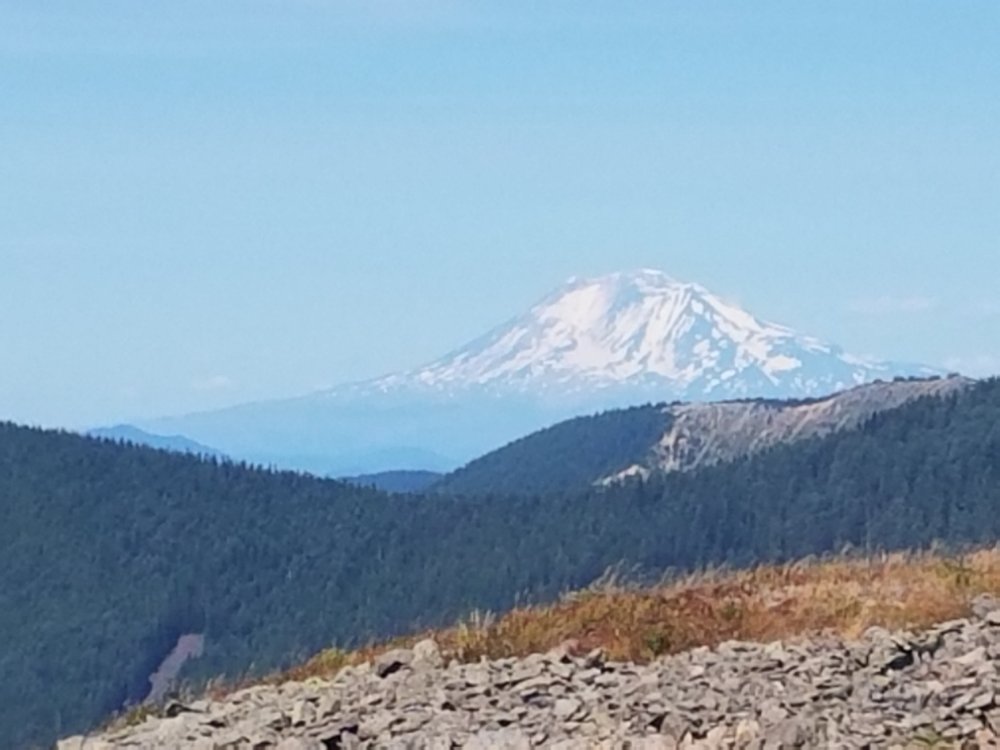 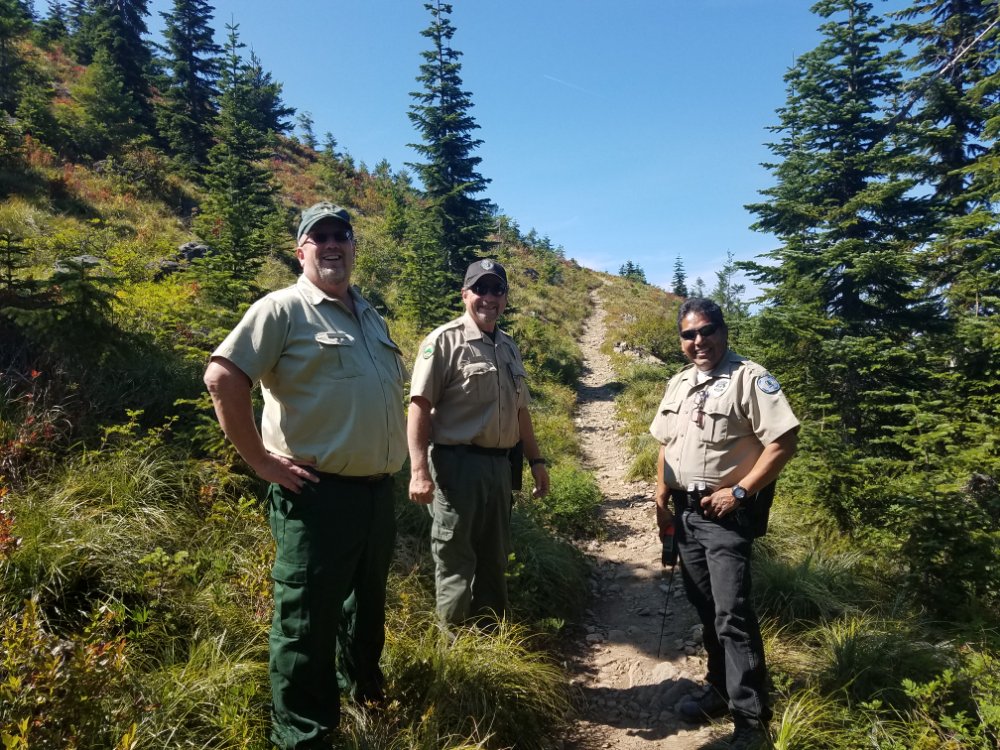 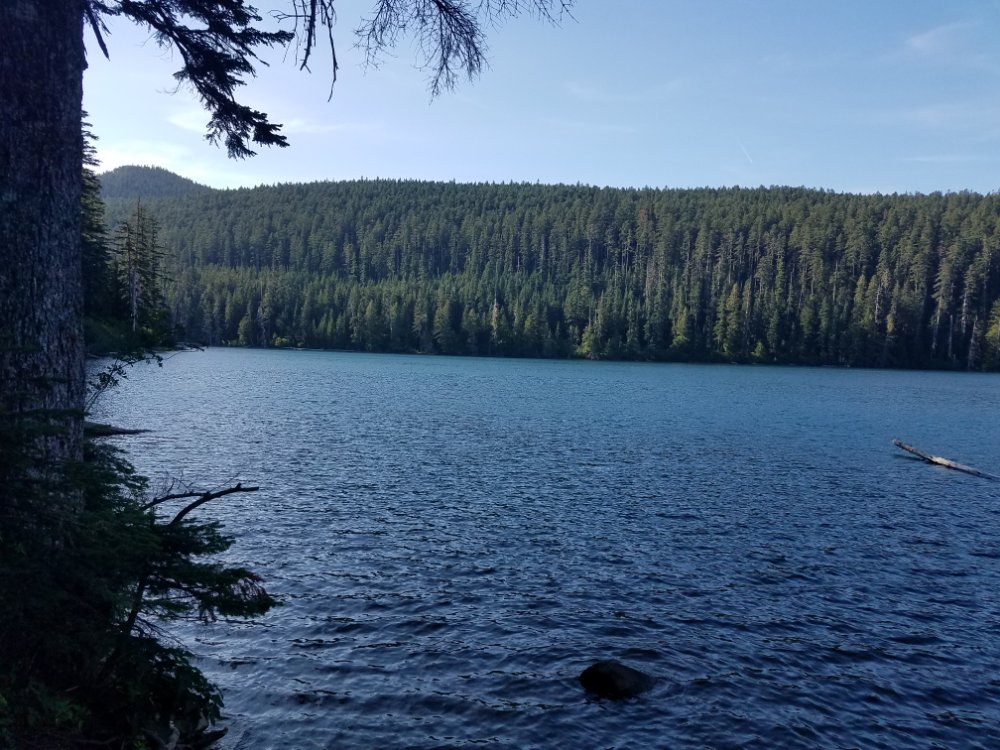