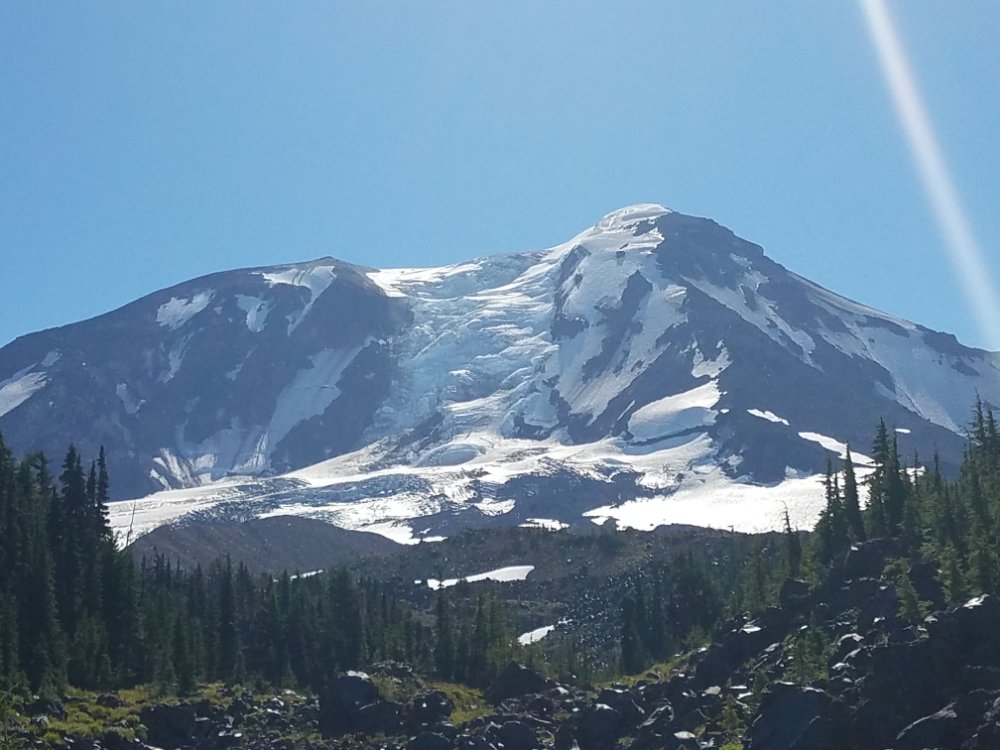 The trail today was going around Mt Adams on it’s western shoulders.  It was amazingly beautiful.  Way back when this volcano last blew it appears to have lost a big chunk of the western side of the peak.  Much of the day we had views of the top which is covered in snow and ice.

There were a series of meadows, streams fed by the glaciers, and huge lava flows.  As we descended a bit there were huckleberries, blueberries, and a series of ponds.  Throw in views of Mt Rainier off to the west and it was a picture taking day.

We hiked over 25 miles today.  Dry camped, we carried water the last 5 miles.  We are in thick pines at around 5,000 feet.  No one else around.   I got chilled after eating as dark was approaching.  I still had more clothes I could have put on but opted for my sleeping bag.  Lately we aren’t even staying up to 8 and now coldness is driving us into our bags earlier. 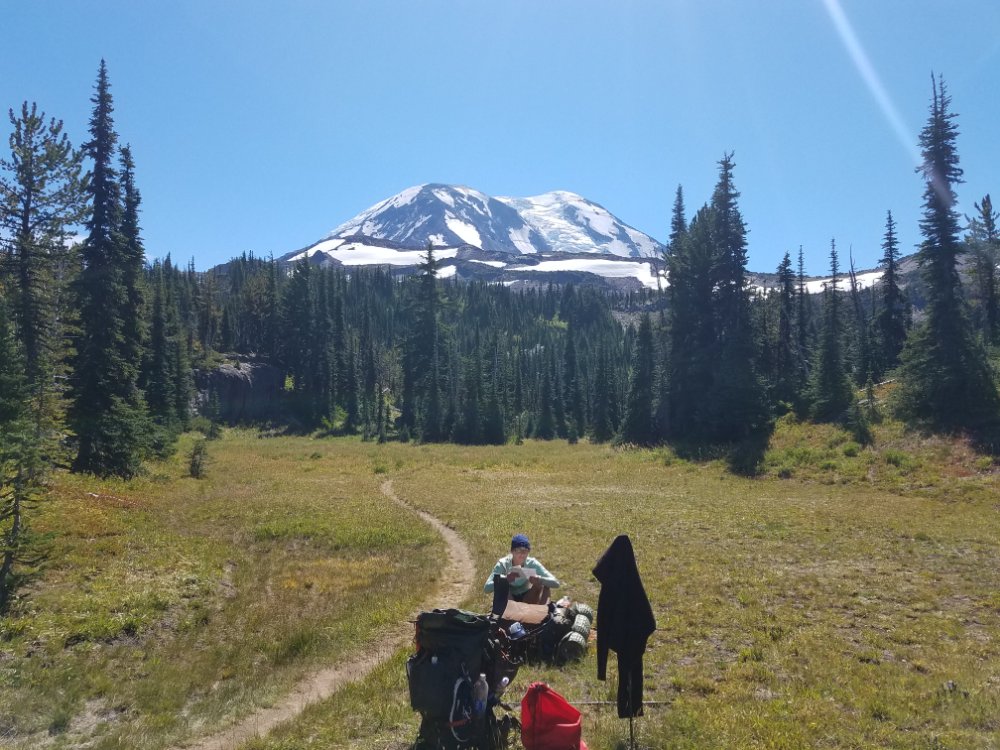