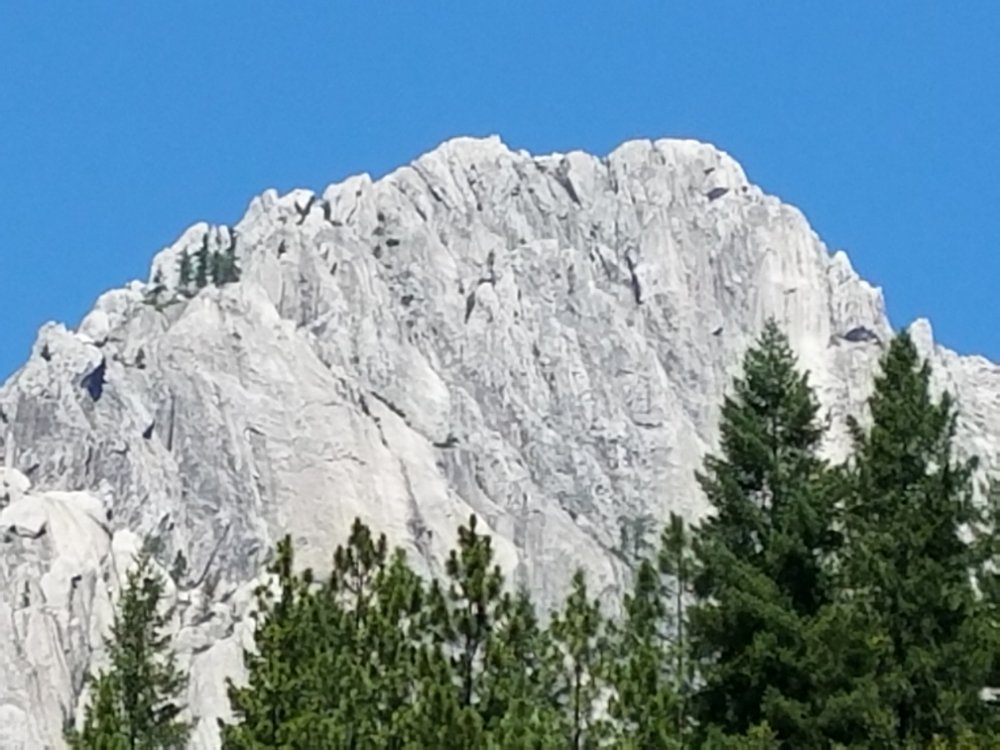 From Mt Shasta / Interstate 5 mile 1498.7 to Disappearing Creek mile 1508.6
I woke up this morning in a soft comfortable bed.  I lounged in bed until 7, took a long shower and finally packed up.

I went to the Bears Den Diner for breakfast and was ashamed that I couldn’t finish the huge meal.  A very nice but chatty lady at the next table saw my pack and had all sorts of questions for me.  She got the folks at another table going too.  All nice folks….I just wanted to focus on my chicken fried steak.

Next was a Rite Aid for bandaids and a new knee brace.  Then an outfitter for stove fuel.  Last but most important a grocery store for 5+ days of food.

At this point I started to think about staying another night.  Just one more night…what’s the harm?   It is usually hard to leave.  The town’s have a vortex of comfort and pleasure that is hard to escape from.

Just then my phone chimed.  A text from Gayle asking if I was back on the trail yet.  She had no idea but she helped me escape.  I talked to her on the phone while I walked to the Interstate ramp.  Once there I didn’t even have time to stick out my thumb, a young couple gave me a ride.

I only walked 10 miles, it just seemed longer.  It was 90 degrees in the shade…if there had been shade.  I camped at Disappearing Creek, aptly named because it is a large white dry creekbed.  But I thought I heard water.  I rock scrambled upstream a bit and definitely heard water and found a deep clear pool.

I am laying in my tent under a huge pine tree.  Past the pine is one of the crags, stone towering straight up at least 1000 feet.

Breakfast was much later and larger than usual but I had no lunch.  Still I was not hungry for dinner.  I did drink several liters of water with a lime drink mix added.  I ended up not cooking, instead grazing on goldfish crackers, beef jerky, cheddar cheese and nixed nuts.  As I write this I am having M&Ms.