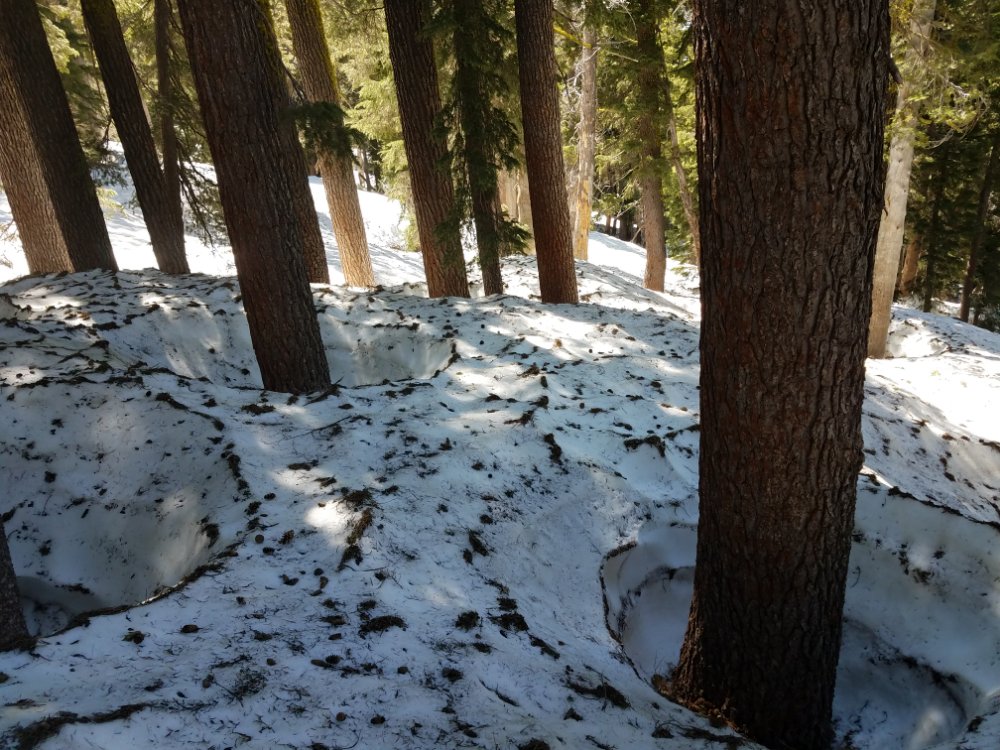 The first 3 miles today were so nice.  Dry trail, good views.  The trail crosses Interstate 80 via a tunnel but since there was a foot of water running through it I opted for running across the road.

Shortly after that the trail disappeared under snow.  I used the GPS on my phone to navigate.  It was slow and laborious.  I fell no less than 6 times, without injury.  In many areas it is like walking through a minefield.  You have to avoid slipping into the deep drops around each tree, potential knee injuring postholing if you step too close to logs or rocks where you can plunge in deep and many downed trees.  There is no walking a straight path.   The small streams are still snow covered but you have to be careful not to plunge through.  Every once in a while I would see signs of the trail but mostly it was bushwacking.

I managed to go only 11 miles by 4 and stopped to camp on a tiny snowless spot near a stream.   I was exhausted.

Not too long after that another hiker came along.  Randy is in his mid-50’s, an airline pilot from Alameda.   He flipped north skipping the Sierra as I did and also just started at Donner Pass.  After comparing notes we have agreed that we will hike together for now for safety.  Especially since for much of the snow hiking you are not even on a trail it is comforting to have company in case of an injury.  It is also nice to have backup GPS devices and two people navigating. 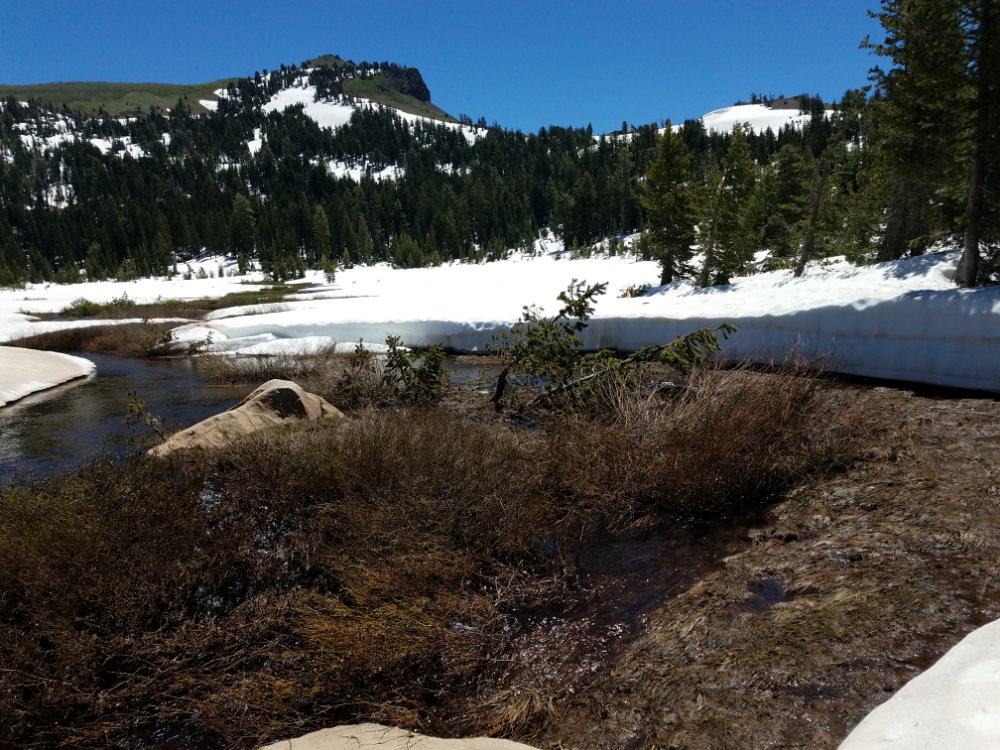 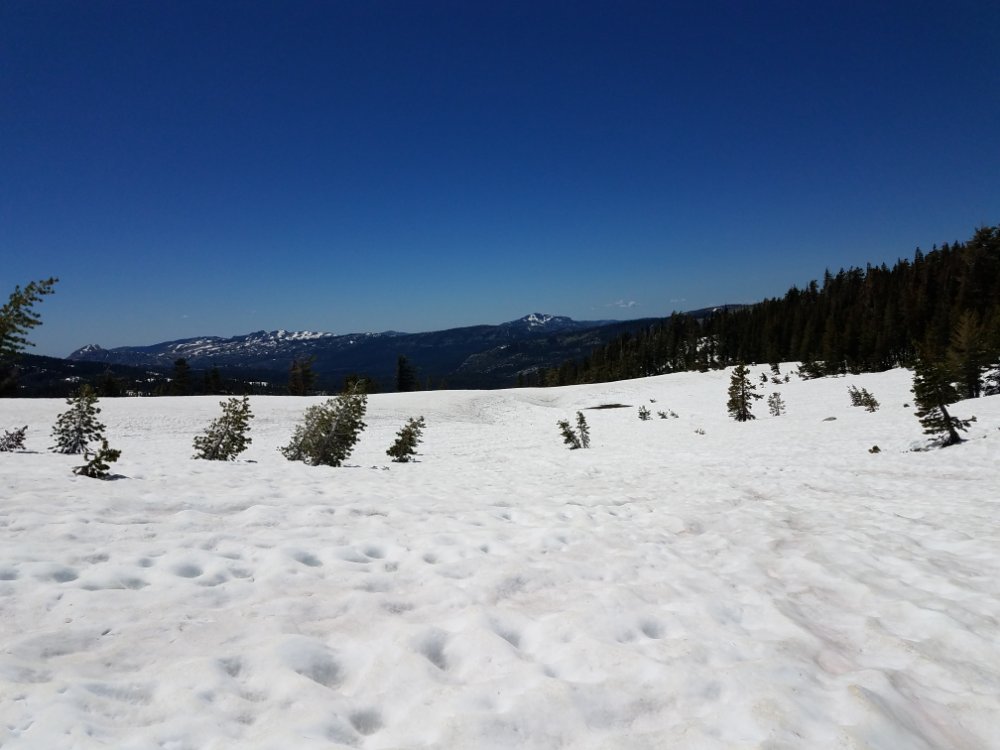