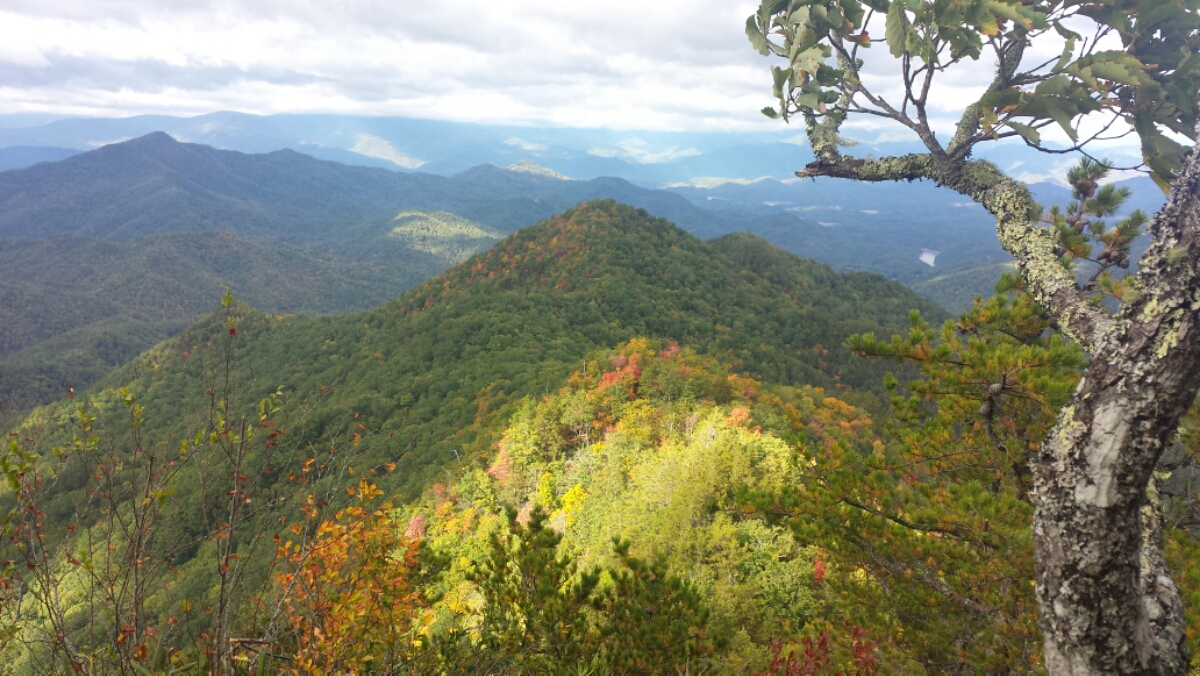 Last night in the Wayah Bald Shelter was not a five star experience.   It was raining hard and the shelter was dry, I give it that.  There were five of us there, six if you count Wayah the dog, which is what I am calling her.

My tweaked right knee was hurting most of the night.  I could lay on my right side for 5 minutes until it hurt too much and I  would have to shift to my back.  6 minutes later my back would hurt so I would shift to my left side.  In five minutes pain again…and so on.  I rolled all night like some human rotisserie.

But that wasn’t enough.  Shortly after dark there was a scream.  A loud piercing scream.   All heads were up but no one made a sound.   Another scream.   Now it was clear that it wasn’t a woman being murdered.  There was an owl right outside the shelter.

Later, dogs in the distance started to howl.  Wayah got up and whined a bit, then joined in, howling loudly in our shelter.  I think her owner was out with other dogs looking for her but she would not leave the dry shelter.

Much later, the big guy who was by himself got the hiccups.  Or so I thought.  They got louder and nastier sounding.   After a good half hour of this he jumped up, barfing and splashing his way out of the shelter.  Ouside he produced what sounded like gallons of puke.  I was far enough away that I was not splashed so I just rotated myself and went back to sleep for another 5 minutes till it was time for my next rotation.

Despite the bad night, today was nice.  Wayah walked with us for awhile and when I had cell service I called her owner.  No answer, no vm.   She eventually ran off towards the sounds of other dogs so I hope she found her way home.

Great views later today from Wesser Bald.  I could see the Nantahala River in distance.  Now 3.5 miles to the river and the outdoor center.  Cheeseburgers there.  Thought about them all day. 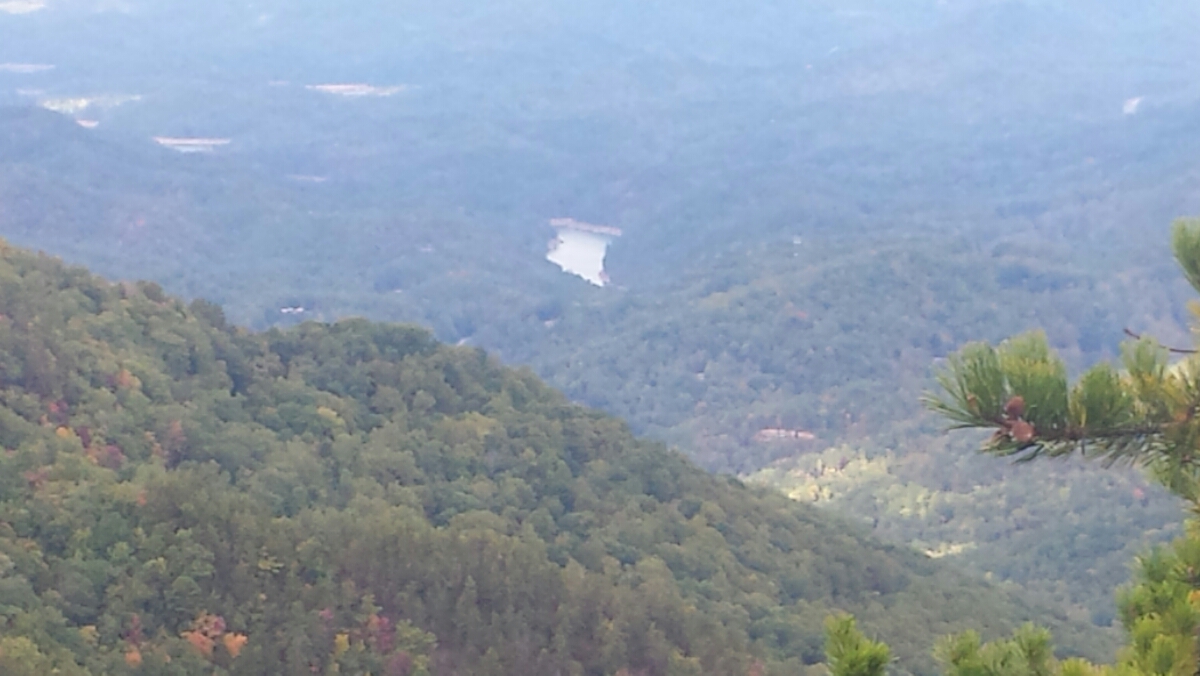